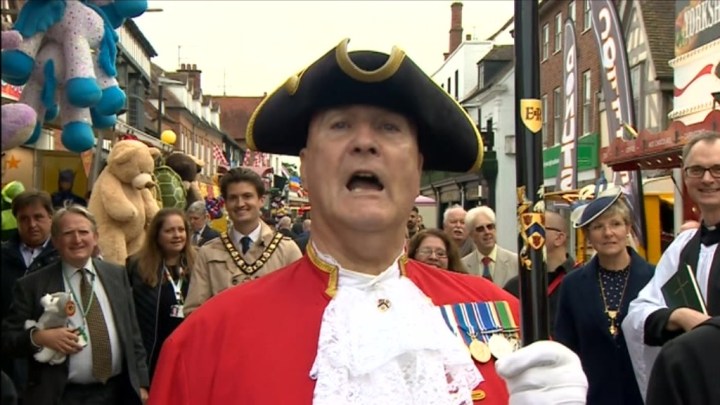 A labor shortage continues to plague businesses on both sides of the pond.

In the English town of Stratford-upon-Avon, best known as the birthplace of Shakespeare, local officials are trying to solve the problem by reviving a tradition even older than the Bard himself.

Every October, this charming town holds an annual carnival. It looks like any other town fair, with rides, food stalls and the chance to play games and win prizes. But it has an unusual name: Stratford Mop Fair.

How did it wind up with such a strange name? It’s because this festival has its roots in an old-fashioned job fair, said Matt Jennings, who works for the local council. Starting in the 1540s, local landowners would gather to recruit their workforce for the following year. Everyone would celebrate landing a new job by throwing a party, which became the Mop Fair.

This year, the town decided to hold a modern version of the Mop. Donning a traditional tricorne hat along with a bright red jacket and frilly cravat, the mayor opened the fair with plenty of pomp and circumstance. Inside the job fair at the Stratford Playhouse, lapels may have been empty — but there were plenty of job hunters armed with their resumes.

The day before the Mop, Nicola Norman, who works in event planning, learned that she was at risk of being laid off. She heard about the Mop on the radio and decided to head over. She started her current job on March 23, 2020 — the same day the United Kingdom went into its first COVID-19 lockdown.

“I thought ‘Oh, no, what have I done?’ But it worked out well,” Norman said. “We managed to get through that, and then we just got to a point where things are a bit difficult in this area. So, I’m here to look for something new and exciting.”

The companies who set up stalls at the Mop say that, post-lockdown, while customers have come back in droves, recruiting new staff has been harder than ever.

Dave Williams, who runs training and recruitment for a local bus and coach company, said business has never been better. “We’re back at 2019 levels. People want coaches all day long. It’s just finding the right people to drive those vehicles and promote our company,” he said.

Many of the employers at the Mop offered training on the job; no experience required. Like Kristin Bingle, who works for a tech training company, QA. Bingle said events like the Mop gave her the opportunity to meet older job seekers who were looking to retrain in a new field. “No age is a barrier to an apprenticeship,” she said, adding that hiring events gave employers a chance to encourage new applicants and to challenge the stereotype that technology jobs were only an option for young people.

Matt Jennings, the organizer from the local council, said the event had been such a success that they’re hoping to expand it next year to include the entire county.

“There’s a tradition of Mops, they move around Warwickshire. Our aim is to replicate that next year,” he said. 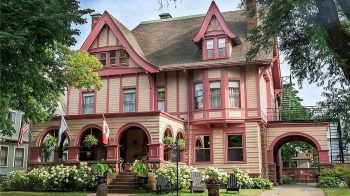 At a historic Buffalo, NY, inn, fair wages mean there’s no such thing as a labor shortage