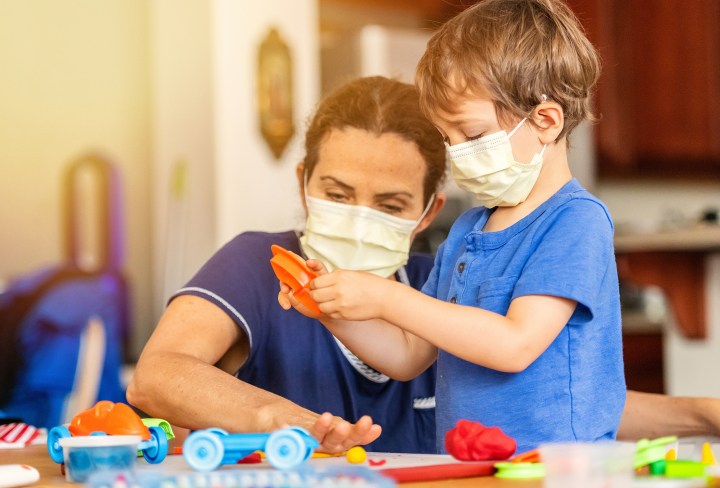 COPY
One of the biggest factors in the struggle to find child care is low pay. Getty Images

One of the biggest factors in the struggle to find child care is low pay. Getty Images
Listen Now

The pandemic has been hard on parents – and they’re not out of the woods yet, even as most children are back in classrooms after over a year of disrupted learning. Across the country, day care and after-school care programs have been decimated by the pandemic and families are facing months- or even years-long waiting lists. And the child care shortage is particularly dire in rural areas.

A big reason, according to New York Times parenting columnist Jessica Grose, who wrote about how different families navigating the challenge, is that it’s hard to hire child care workers in the current labor market because the work is generally low paid.

“It is very hard to raise the pay for child care workers is because the centers would have to then pass that raise on to the parents,” Grose said in an interview with Marketplace’s Sabri Ben-Achour. “And so, in many circumstances, child care workers — as they should — are finding opportunities where they can make more money.”

Sabri Ben-Achour:  Schools are open; parents should now have somewhere to send their kids; it ought to be a moment of relief for parents who are so burned out, many of them, by now. But that’s not the case. When you talk to parents, what do they tell you?

Jessica Grose:  Well, the school day and the workday do not line up. And a lot of aftercare programs that were fully staffed before the pandemic are not staffed or shut down completely. And that’s not even talking about parents of children who are too young to be in school. So they, even before the pandemic, had the most expensive and hardest time finding child care, and now it’s even worse. Before the pandemic, analysis from the Center for American Progress found that more than half of American families live in a child care desert — and now we’re at about 88% of where we were in 2019. So that’s a lot of numbers, but I’m just going to tell you, it’s not great.

Ben-Achour:  When you give those numbers, is there a family that you think of, out of all the ones that you’ve heard from?

Grose:  The one that I think about the most that I included in the piece is a family where they had tried to find a day care center for a months for their 14 month old outside Buffalo, New York. They encountered waiting lists that were a year long at several centers. They finally found a spot with availability, and they felt like their nightmare was over. And then, three days before their child was supposed to go into the center, it was shut down by the state because of multiple serious violations. So what that illustrates, number one, is the uncertainty of the care situations that parents are in in the first place. I personally have a kindergartner home with me this week, because she is quarantined. So even if you have all of the care in place, we are still living in a pandemic. But secondly, what I think the numbers don’t even show, is that a lot of parents are placing their children in care situations that they don’t feel great about. Obviously this was an extreme example, but there were other parents I spoke to who said they were leaving their children in centers that they felt were understaffed or “sketchy” because they didn’t have any other choice. And so even the numbers don’t even show how much the care is inadequate.

Ben-Achour:  Why is child care so much scarcer now than before the pandemic?

Grose:  It’s a number of reasons. I would say the biggest reason is that the pay for child care workers is so low. And the reason that it is very hard to raise the pay for child care workers is because the centers would have to then pass that raise on to the parents. So most families are paying an average of $12,000 on child care — a typical working family with a child under age five spent more than $12,000 on child care in 2015, so that’s not even current — when you are already paying that much, it is very hard to pay any more. So we’re in this impossible situation where day care providers cannot raise rates because the margins are so tight, and parents cannot afford it. And so, in many circumstances, child care workers — as they should — are finding opportunities where they can make more money.

Ben-Achour:  The shortage of child care is not evenly distributed. Why is it so much worse in rural areas?

Ben-Achour:  The advanced child tax credit — is that helping the situation at all?

Grose:  I think it is, not just because it can help parents afford child care, but it also takes the stress off other expenses in their lives. So a family that I featured in this piece; they have three children, they live near Albany; they told me that they have used the money from the child tax credit to fix their car which had broken. And if they had not had that $750 from the child tax credit, they would have gone into even deeper credit card debt. And so it’s not a life or death situation for families like that — it is for some families, for sure, it’s giving them basic needs — but I think for families that are not really far below the poverty level; that are middle class and living paycheck-to-paycheck, that extra money every month is allowing them to deal with crises as they come without going into deeper debt; without having just that additional stress.

Ben-Achour:  Is there anything that gives you hope that this supply shortage is going to improve in the near future?

Grose:  I mean, no. Child care in the United States is a huge thorny problem. My colleague Claire Cain Miller just published a piece this week showing how little money the United States invests in early child care compared with peer nations. We, as a society, help parents so little with this problem already. So it’s a huge multi-pronged problem that is going to take many, many different kinds of solutions from state, local and federal levels — because the needs in every community are somewhat different, but what is true across the board is that high quality child care is expensive. And there is just not enough money among parents, and there’s not enough availability among providers, to give children what they need in the United States right now. And so, because it is such a big problem, because it is such a long-term problem, a long-standing problem — I think the pandemic has worsened it but it’s not like it wasn’t a huge problem before the pandemic — I am mildly optimistic that there are more people who care about the problem and are trying to work to fix it. But I don’t see any near-term, quick fixes. 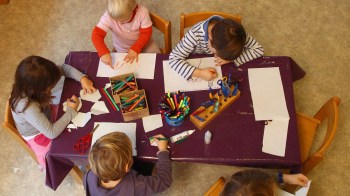 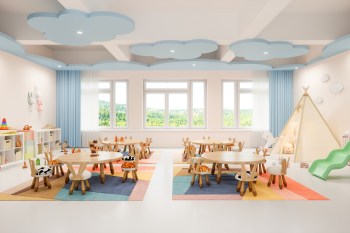