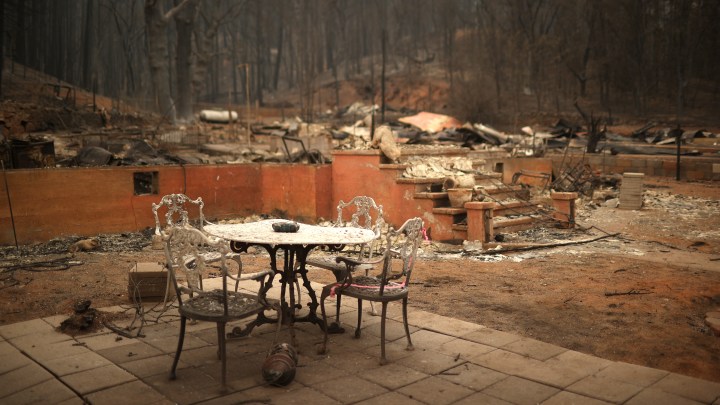 The state of California has imposed a one-year ban on insurance companies dropping homeowners who live in areas affected by some of this year’s major wildfires — including the Dixie and Caldor fires.

More and more Californians who live in areas considered at high risk for wildfire have seen their homeowners insurance canceled, then found that their only options are significantly more expensive.

Insurance is all about risk, and in California, the risk of wildfire has been going up.

Many insurers are looking at how to reduce their risk, and “insurance is a real challenge in wildfire areas as fewer and fewer insurers are making coverage available,” he said.

Between 2018 and 2019, the number of homeowners whose insurers refused to renew their policies grew about 30%, according to state data.

“But there are places in our state where you cannot get insurance companies to even call you back,” he said. “And we have to restore competition in those places.”

The best way to do that, Lara said, is by getting communities and individual homeowners to take concrete steps to minimize fire risk.

“They can clear vegetation near their home, they can make sure that they’ve got a roof that’s fire resistant, they can put in vents that prevent embers from flying inside and burning their house down,” he said.

Insurance companies don’t always take those kinds of efforts into account, although Lara said they should.

“We’re starting to see now a growing number of insurance companies that are giving people discounts for their mitigation,” he said.