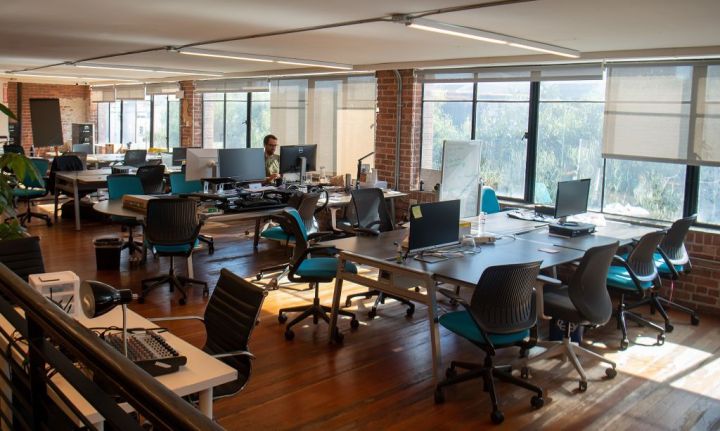 Many highly-skilled employees, mostly in white-collar office jobs, left dense city centers to work remotely last year. In their absence, people in public-facing service jobs lost both working hours and a lot of financial ground. A new working paper from the National Bureau of Economic Research lays out how this happened.

Modern Coffee in downtown Oakland has locations right next to Bart stops, meant to lure in commuters on the hunt for caffeine. When they stopped coming into offices last year, the three cafes shut down.

“We had 22 employees, all of whom were laid off when this happened,” said Kristen Nelson, one of Modern Coffee’s owners.

She’s reopened two locations but only few customers are back working nearby. “In fact, it’s so quiet in downtown Oakland on the weekends that we aren’t even open on Saturdays and Sundays. Basically trying to serve the most number of people we can with the fewest number of hours,” she said.

UC San Diego professor Fabian Eckert, one of the authors on that economic study, says that’s one of the takeaways from his findings.

“I wonder whether companies like Apple are taking into account that whatever they ask their workers to do is actually also going to impact the very local consumer service industry,” he said.

Since May of this year, the number of people working remotely because of the pandemic has fallen. Glassdoor senior economist Daniel Zhao will be studying the newest jobs report this coming Friday to see if that ticks back up.

“The delta variant means that companies are pulling back on their reopening plans,” Zhao said.

The question, Zhao says, is whether companies will stay flexible. Workers that depend on the lunch, coffee and commuter crowd won’t have that flexibility.