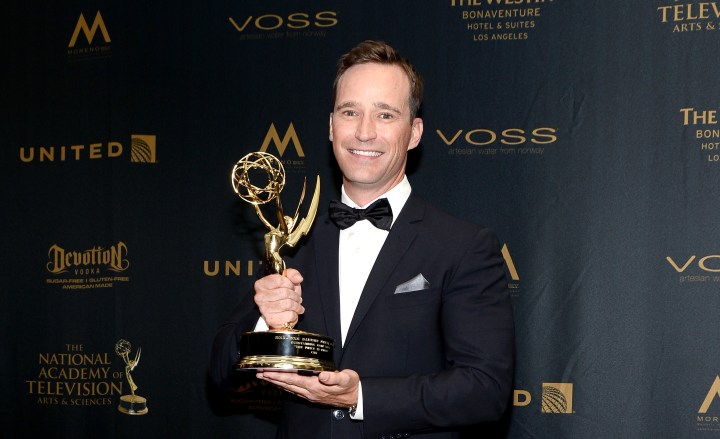 Mike Richards at the Daytime Emmy Awards back in 2016. Richards, the executive producer of "Jeopardy!" was chosen to host the show before being replaced when scandals came to light. Matt Winkelmeyer/Getty Images

Mike Richards at the Daytime Emmy Awards back in 2016. Richards, the executive producer of "Jeopardy!" was chosen to host the show before being replaced when scandals came to light. Matt Winkelmeyer/Getty Images

It’s a refrain some frustrated job seekers have heard from prospective employers: “Sorry. We went internal.”

The experience cuts across industries and job titles, as we recently saw in the search for the new host of the game show “Jeopardy!”

This month, Sony Pictures Television announced that Mike Richards, the show’s executive producer, would become the permanent host following the death of Alex Trebek in November.

Despite a guest-host lineup of well-known figures, such as former champion Ken Jennings and actor-director LeVar Burton, the show initially opted to select someone in-house in a decision that garnered mixed reactions. Shortly thereafter, Richards stepped down after the Ringer website uncovered a series of derogatory remarks he made on his podcast.

Most of us aren’t up for a TV gig that pays millions, but the situation represents the often obscure, confusing process of hiring. If employers already have someone in mind, why even bother posting a listing?

For one, it turns out it’s not actually a requirement. “Most employers have no legal obligation to look for external candidates,” said Ann Juliano, a law professor at Villanova University.

Juliano said exceptions might include government jobs or workplaces with collective-bargaining agreements that mandate employers do so. Under the Vietnam Era Veterans’ Readjustment Assistance Act, for example, federal contractors have to post most employment openings.

But if we’re looking at their motives noncynically, though an employer may have an internal candidate in mind, he or she may genuinely want to broaden the search to find the best person, Juliano explained.

“Even if they think, ‘I’m gonna take Marie from in-house,’” she said.

Kim Garstein, jobs expert at the global staffing firm Robert Half, said that from a talent-acquisition standpoint, most employers do want to cast a wide net.

Especially during the pandemic, with remote work becoming more mainstream. Garstein said that now, when you hire externally, you have access to a greater pool of talent from regions you might not have thought of a year ago.

She noted another advantage of hiring externally: It allows employers to recruit people who can bring fresh ideas into an organization. But when you hire internally, she said, that gives your employees an opportunity for career advancement. (Choosing external candidates can, of course, make some internal candidates feel that there are few chances to get promoted within their company.)

“They understand the culture of the organization. They have the institutional knowledge, if they’ve been there for a significant period of time. So I would say that that’s a strong plus as well,” Garstein said.

On the flip side, Juliano said that a cynical reason for an external search might be to make the company look good.

She pointed to the NFL’s Rooney Rule, adopted in 2003, which calls for at least one minority candidate to be interviewed for certain management positions. The policy’s effectiveness has been on the decline in recent years.

“You interviewed them, but is anybody actually getting the job?” Juliano said.