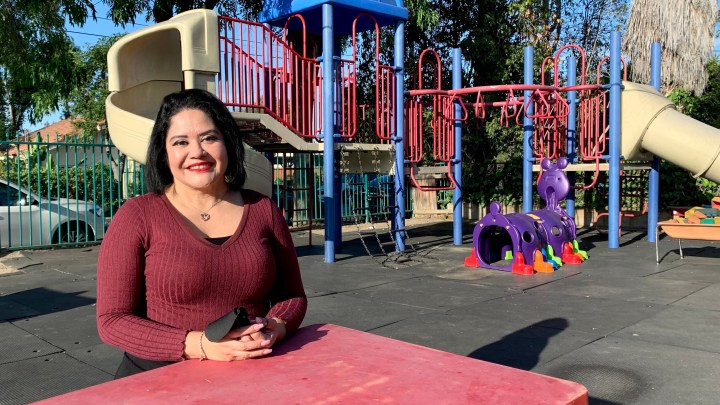 More than 40,000 California family child care providers will see a raise next year thanks to the Child Care Providers United union’s first labor contract with the state.

“We don’t stop here, I can do so much,” said Los Angeles provider and negotiations team member Sylvia Hernandez. “I can give so much to my community and to my providers … I feel very, very powerful.”

After months of negotiations, the union and state reached an agreement in June and members voted overwhelmingly to ratify the contract in July.

“This is about fundamental infrastructure, the human capital that’s as important as roads and bridges and broadband and all the other things,” said California Gov. Gavin Newsom as he signed the union’s contract into law during a live-streamed press conference.

People who care for kids in their homes through state subsidy programs for low-income families fought for more than 15 years for the right to bargain for better working conditions; their union was recognized after a July 2020 election.

More than 60% of listed home-based child care providers in California are Latinx, Black or Asian, according to UC Berkeley’s Center for the Study of Child Care Employment.

“Seeing my mom work so many hours, getting paid so little, I said, ‘I need to do something,’” she said.

Hernandez employs several assistants and said she is open 24 hours a day, five days a week to make ends meet.

In L.A. County where Hernandez lives, the state pays a bit more than $56 a day for the care of each infant.

The union said the contract guarantees raises of at least 15% starting in January. The deal also includes $40 million for training and about $3 million to encourage more people to join the child care workforce.

There’s still more work that needs to be done though, said Ivy Love, a senior policy analyst in the Center on Education & Labor at the think tank New America.

California is among roughly a dozen states where child care workers have collective bargaining power.

“One of the areas where folks have actually been able to make strides in the right direction … were in places that had organized,” Love said.