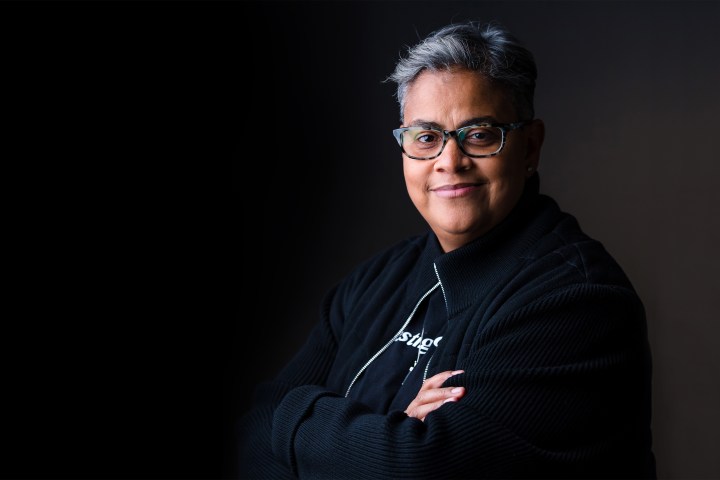 COPY
Melissa Bradley of 1863 Ventures has observed a dramatic increase in Black and brown entrepreneurship over the past year, aided by venture capital and corporate investment. Courtesy 1863 Ventures
Race and Economy

Melissa Bradley of 1863 Ventures has observed a dramatic increase in Black and brown entrepreneurship over the past year, aided by venture capital and corporate investment. Courtesy 1863 Ventures
Listen Now

When Citigroup pegged the cost of systemic racism to the U.S. economy over the last 20 years at $16 trillion, by far the largest portion was attributed to a failure to equitably invest in Black entrepreneurs — amounting to an opportunity cost of $13 trillion, according to the 2020 report.

“Even if you don’t believe in helping these communities, you cannot overlook the fact that there is a significant amount of opportunity cost plaguing our economy that causes a shift in how we make investment decisions,” Bradley said in an interview with “Marketplace Morning Report” host David Brancaccio.

“I think you’re beginning to see large companies, like Salesforce and WeWork and Comcast and others, really play a role in saying, ‘We want to support these entrepreneurs — not just because it’s the right thing to do, but we actually see it as a business opportunity,’” she said.

Bradley spoke with Brancaccio about what’s changing for Black entrepreneurs and whether the wave of commitments by corporations and venture capitalists over the last year represents a temporary blip or a lasting shift in how money is allocated. The following is an edited transcript of their conversation.

David Brancaccio: Now, you started this in 2016, originally to help Black entrepreneurs in the southeastern part of D.C. What are you seeing — not just during pandemic, but what has changed? What’s gotten better? What is sticking in the wrong place?

Melissa Bradley: A lot of things have changed, and some things have stayed the same, which I think is actually a good thing. We started in D.C., but our organization went national about a year after that. And it’s because we realized that D.C. was a proxy of so many other communities where Black and brown communities were interested in entrepreneurship. Many of them had started as side hustles and realized that there was a real opportunity for them to grow their businesses. And I think COVID-19 has actually done the same, which is propelling people to think about life differently. No one wants to sit on Zoom all day, and I think relaxed work cultures, people prioritizing health and family, has created an impetus for people to become entrepreneurs.

So the three biggest things we’ve seen is a dramatic increase in entrepreneurship — particularly amongst African American and Latinx founders, and particularly amongst Black women. I’d say a plethora of new venture capital funds now focused on Black and brown founders. And an amazing amount of corporate commitments now also focused on Black and brown founders, which I think has been amazing. There was over $66 billion committed by Fortune 1000 companies toward racial-justice initiatives. And so I think a combination of COVID-19 and the death of George Floyd, unfortunately, have triggered people to reorient what’s important to them, and to unlock capital to recognize that there’s real [return on investment] opportunity in these communities that have been historically overlooked and underserved.

Is the rush to support Black entrepreneurs just a fad?

Brancaccio: You’re not thinking that the venture capital money and the other commitments from corporate America — you’re not seeing that as a fad, a feature of 2020, summer of 2020 to now?

Bradley: I think for some it’s a fad, but in most part, no. For venture funds, knowing that, as a fellow investor, our trajectory is anywhere between five to 10 years, I think it’s safe to say that the 10 to 15 new funds and more that are planned will be here for several years. And I think that is great because they will hopefully continue to seed a marketplace that says Black and brown founders are worthy of investing in, and they’re beginning to see real returns.

I think on the corporate side, you know, people often think that corporations are just in the business of making money. But for many of the large corporations, they have a long history of philanthropy and really supporting their community. And I think what changed post the George Floyd death was a reimagination, reorientation, that they should not be investing in a scattergram. But they really should be thinking about what and who are the communities that they think they can best serve, where is their clear market gap and what is the ROI? And so I think you’re beginning to see large companies, like Salesforce and WeWork and Comcast and others, really play a role in saying, “We want to support these entrepreneurs — not just because it’s the right thing to do, but we actually see it as a business opportunity.” And so many of the companies that actually have grant programs are also now thinking about supplier diversity, are thinking about more deeper relationships with these entrepreneurs that I think really bodes well for the long-term success of our communities.

The role of supplier diversity

Brancaccio: Well, [let’s] talk about supplier diversity. We’ve been keeping our eye on this. This is the notion of, OK, it’s important to deal with diverse sources for something that you’re buying, but if indeed they are looking down their supply chain, the different inputs, maybe that should be more diverse as well.

Bradley: Absolutely. When Target came out with their commitment to the Black community — obviously with their home base, Minneapolis, being ground zero for all, a lot of this racial-justice work — I think they realized that it was three-part: One is that it was about changing who’s on the shelf, and so really giving brands a chance to be on the shelf, which is a very competitive process. And recognizing there was a level of partnership required. But also recognizing that their pipeline, from real-estate development to printers to toilet paper to construction to lighting — there was not a level of diversity that exists in that supply chain. And so I think you have a variety of commitments that are being made by folks, 5%, 15%, where there’s a cry from the community to really make a long-term commitment.

But as someone who’s had the privilege to serve in two presidential administrations, I want to, for once, applaud the federal government to say they’ve been doing this for a long time. Most federal agencies have a requirement to have a diversified supply chain.

So while people typically think about, “What do I do to put money out on the street, and how do I externally help Black and brown communities?” I think it’s amazing that people say, “Wait a minute. I have a natural pipeline opportunity to bring these communities in, to really have a much longer-term relationship with my business.”

Reasons for skepticism — and hope

Brancaccio: What do you think, Ms. Bradley: An entrepreneur is starting out who is Black, who’s from a diverse background — do they know that the money is increasingly out there now? Or do you have to do consciousness raising? Because it can be kind of a self-fulfilling sense that the system is rigged against so many people, there must not be money out there. And you’re saying something different.

Bradley: Well, in some cases, the systems are rigged. I think that there were some commitments that, very early on, we were all rightfully skeptical of. Not so much because they were made, but the proportionality. To say you want to solve a lack of diversity in venture capital and make a $2 to $3 million commitment — sure, I could check the box and say, “Yep, you did that.” But the reality is that the history of that particular firm, they were making $5 to $10 million investments per business. So you’ve completely underestimated the potential of our community. So there are certainly those [instances], but I think they are becoming more far and few between.

So I think that there is always going to be skepticism because there is a long-standing history, as we now celebrate the 100th anniversary of Tulsa, I think we have, rightfully so, a fear of some of these commitments because things have been promised and then completely taken away. But I think other companies who clearly have doubled up on money, on people, on entering community, on being in place, and not just looking for a headline, I think that’s extremely important.

I would also say, I think that there’s a light at the end of the tunnel for those of us who recognize that charity is not going to undo 400-plus years of systemic racism. So we’re now beginning to see new types of investments, as we saw with Goldman Sachs and the One Million Black Women initiative, where it was $10 billion of investment and $100 million of philanthropy. That’s a significant sign that says, not only is it important to support Black communities with philanthropy and subsidize all that has been taken and stripped from them historically, or what they’ve been left out of; but we actually proactively believe there’s $10 billion, at minimum, investment opportunities in these communities. That’s a huge shift. And I think those kind of signals are giving Black entrepreneurs, Black community members and others hope and optimism that hopefully this is not a fad, and that there has been a real awakening and understanding of what systemic racism has done, and that there’s real opportunity to invest.

The one other thing I’ll say is that I also think there’s a new narrative. I mean, I’m over 50, and so this is not the first time I’ve heard companies talk about, “I want to solve the racial equity gap.” But I think there’s a new set of data, if you look at the Citigroup report that talks about the economic cost of $16 trillion over the past 20 years — not 400, just the past 20 years — from lost income and investments because of systemic racism. As a finance person myself, I think that data is what is driving a new level of excitement, enthusiasm and long-term commitment. Because even if you don’t believe in helping these communities, you cannot overlook the fact that there is a significant amount of opportunity cost plaguing our economy that causes a shift in how we make investment decisions. 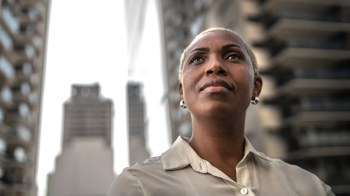