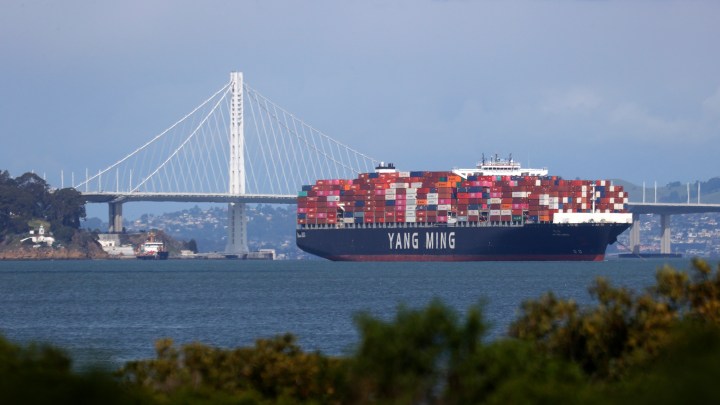 We learned a good deal — and quickly — about the challenges of global shipping when a 1,300-foot container ship got stuck in the Suez Canal last month. That’s hardly the only hurdle the shipping industry is dealing with these days. Bloomberg estimates that more than 1,000 shipping containers have fallen overboard this year. And more than 3,000 fell overboard in 2020.

Back in February, Tracey Mangano called to check on a delayed shipment for her gift shop in Buffalo, New York. She said the manufacturer told her half the order wouldn’t be coming. It was lost at sea.

“And I’ve only got part of a display because the rest of it is swimming with the sharks,” she said.

Over the past decade, roughly 1,000 shipping containers per year have fallen into the ocean, according to the World Shipping Council.

David Lademan follows container markets at S&P Global Platts. He says the most common culprit is the Pacific Ocean.

“When gale-like winds and some very large waves hit the ship, it can rock it,” he said. “So there’s certainly a level of uncertainty in these deep-sea passages.”

But demand for imported goods ramped up during the pandemic, and that’s putting pressure on the shipping supply chain.

William Villalon, CEO of APL Logistics, a global shipping and transportation company, said containers are now being stacked on ships as high as possible, and crews are working long hours.

“There’s the issue of maintenance of the twist locks and the cables on the vessels, which secure the container stacks,” he said. “You know, all of these things play into this.”

Those are factors shipping companies can adjust, Villalon said, but it’s harder to plan for increasingly dangerous seas.

“The one variable here that we can’t control, which is new, is climate change,” he said.

The shipping company Maersk, which has already lost hundreds of containers this year, says it’s adding more software to help captains navigate around the weather. 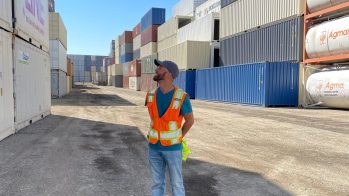 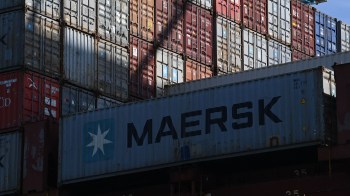 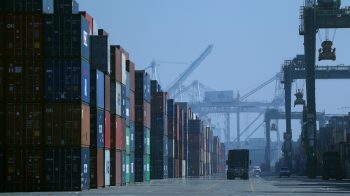