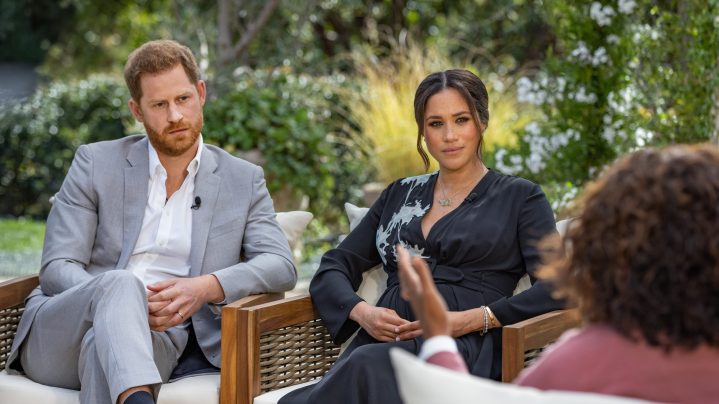 Prince Harry will soon have a new title to add to his resume: chief impact officer.

The Duke of Sussex is stepping into this job at the coaching and mental health firm BetterUp Inc., a for-profit startup based in San Francisco.

The announcement comes about a year after Prince Harry and Meghan Markle, the Duchess of Sussex, said they planned to step back from the royal family and become “financially independent.”

The two recently gave a wide-ranging interview to Oprah about the media scrutiny they faced as a couple, which more than 17 million people tuned in to watch. During the conversation, Markle addressed the mental health issues and racism she experienced during her time in the royal family.

On Tuesday, BetterUp released a statement from Prince Harry, who explained what he aims to accomplish in the role.

“As BetterUp’s first Chief Impact Officer, my goal is to lift up critical dialogues around mental health, build supportive and compassionate communities, and foster an environment for honest and vulnerable conversations,” he wrote. “And my hope is to help people develop their inner strength, resilience, and confidence.” (Emphasis his.)

He continued, mentioning that he wants to accomplish lofty goals like “driving advocacy and awareness for mental fitness” and “guiding BetterUp’s social mission and impact.”

Ash Athawale, senior managing director for the executive search practice of Robert Half, said the nonprofit sector is where you would typically see this role.

However, it’s not a very common role, according to Jan Koors, a senior managing director with the executive compensation consulting firm Pearl Meyer.

Koors explained that the role deals less with the nuts and bolts at a company, and handles more high-level questions like, “What kind of change are we trying to introduce into the organization?” and “How does the current structure of the organization either help that change or impede that change?”

For the businesses that do have a CIO, they tend to have established the role in recent years. The CIOs that Marketplace spoke to said they’re the first at their companies to step into the position.

Olivia M. Rebanal, for example, recently became the first CIO at Ecotrust — an environmental nonprofit aimed at advancing racial justice and creating climate solutions in Portland, Oregon, and beyond.

Rebanal defined “impact” as the results of an organization’s work as it aligns with its vision and mission.

“I just arrived, so I’ve certainly been playing more of an observer role,” she said. “I’m getting acquainted and oriented here at the organization.”

Rebanal pointed out that Congress has approved the American Rescue Plan Act, which includes federal funding increases that an organization like Ecotrust could receive. She’s going to look at support the company has received from agencies in the past as a guide post.

Rebanal said she’s also interested in developing a checklist to confirm whether Ecotrust’s work is aligned with the organization’s stated social objectives.

For Kris Hermanns — chief impact officer for the Seattle Foundation, a philanthropic nonprofit — it made sense this is the type of role Prince Harry would step into given his past charity work and the revelations he’s made about his own mental health struggles.

Hermanns said one of the accomplishments she’s most proud of during her time as CIO has been helping the Seattle Foundation distribute more than $30 million from their COVID-19 response fund to organizations in need. “We got over 70 philanthropic and corporate, public partners, and issued more than 600 grants to 375 distinct organizations,” she said.

As for what she does day-to-day, Hermanns gave an overview for what her schedule will look like on Thursday: there’s a meeting she has with direct reports about upcoming plans. Another meeting dedicated to coordinating action among corporations to support housing and homelessness in the region. A GeekWire-Microsoft panel she’ll be on that’s about policy issues related to COVID-19.

Then, there’s a briefing with donors about how the Seattle Foundation is building a longer-term COVID-19 relief fund.

Right now, she said she’s working 10-12 hour days, with some hours over the weekend.

Both Hermanns and Rebanal noted that they report directly to their CEOs and also have their own direct reports, although the CEO of BetterUp told the Wall Street Journal that Prince Harry won’t be managing anyone.

When asked how much a chief impact officer might expect to make, Hermanns said that her compensation is “relative to the market of other C-suite executives.”

The original posting for the chief impact officer role at Ecotrust listed the salary range as being from $104,000 to $122,000. Meanwhile, a posting for the same role at The League Corporation — which calls itself a “social impact collective” — said the position starts at $140,000-plus.

These roles often call for years of experience. Hermanns has worked more than 25 years as a nonprofit executive and grantmaker, among other roles, while Rebanal has 20 years of leadership experience in community development and social finance.

Back in 2019, the publication Triple Pundit predicted that the role of chief impact officer could become the next big thing in corporate C-suite recruitment, noting that a group of CEOs had just released a statement emphasizing a commitment to the environment and their employees.

Hermanns said she first heard of the role when the position for her job was posted in the summer of 2018.