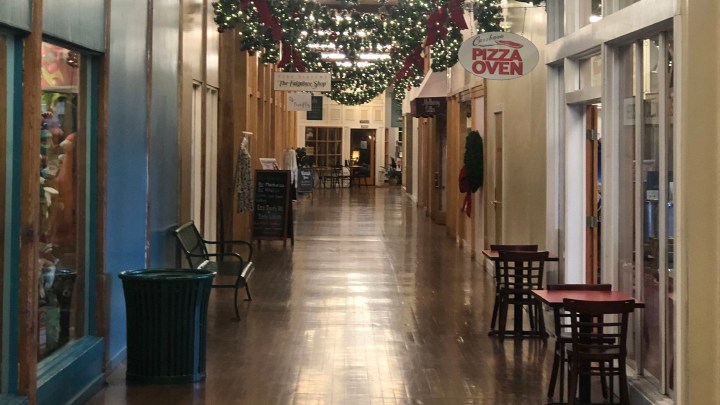 It’s been a holiday season like no other in recent memory. And while some analysts are optimistic about retail sales over the last few weeks, what’s it been like for the business owners actually making those sales?

Marketplace has been following several small businesses over the course of the holiday retail season. We called them up one last time to see how it went.

“I’ve just looked at December, and we were down a little bit. Not as much as I thought we would be, and I think, compared to other stores, I consider myself very fortunate. I think it could have been a lot worse. I think one of our saving graces were our personal shopping appointments that we had. We probably had a good 70 appointments, all together, and purchases ranged anywhere from about $45 at the low to $1,000. I am anxious to get things in early because of an early Easter. It’s a great time for toy stores, so I will be looking for Easter baskets in a week. I’m already placing orders while I’m paying my Christmas bills. I think that [the] next six months will be very telling. I’m here for at least another year, and we’ll see how it goes.”

Rue Newby from Label by Three in Phoenix

“The other day I wrote an Instagram post letting folks know that we’re having a sale, but also letting folks know that we don’t want them to feel pressure from us or any other brand to buy something. This year has been really hard. You really, probably don’t need to buy anything from us or another company that’s trying to, you know, sell you sneakers. I think we all are feeling … I don’t know if ‘confident’ is the right word. We’re feeling secure. I think when you have a small business, and things aren’t going exactly as you expect them to go, which, that’s been happening all the time now, but I think we have a tendency to panic and try to overcorrect. And I think we’ve learned we need to really analyze what we’re doing and what we want to do with what we’re creating and how we’re running our business.”

“The past couple of weeks really have kind of just been regrouping, but also we are headed into our busier holiday season, which is Valentine’s Day, because we are a stationery company. We’ve been shipping out orders to retailers, but for just regular customers, that rush starts kind of the end of January because the typical person doesn’t really think about it until the last second, unfortunately. This year what we did differently was shifting our focus from retailers to focusing on regular, everyday customers. Shifting away from putting all of our eggs in one basket was what kept us going.”