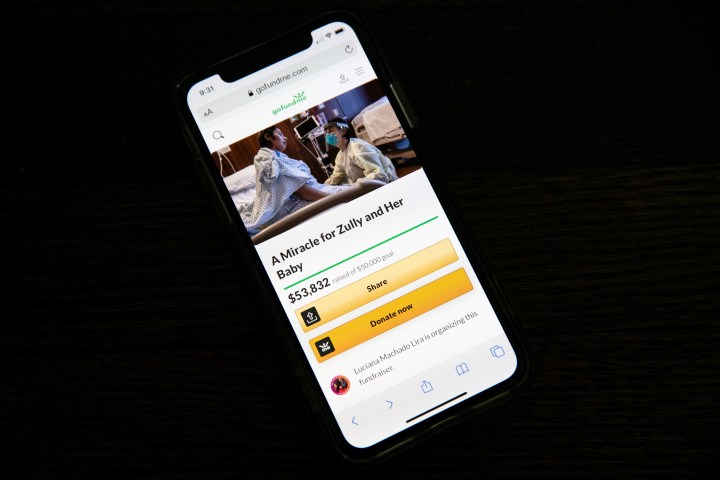 GoFundMe, the world’s largest social-fundraising platform, has seen an outpouring of giving this year amid the coronavirus pandemic and the movement for racial justice and equity. In a report the company released last week, GoFundMe notes that $625 million was raised for COVID-19 relief during the first six months of the pandemic. And among all the campaigns in GoFundMe’s history, the Official George Floyd Memorial Fund received the most donations.

As negotiations over a federal relief package continue in Congress, the need for aid persists. Marketplace host Kai Ryssdal talked to GoFundMe CEO Tim Cadogan about how people have been using the platform and how the company sees itself in relation to the country’s social safety net. The following is an edited transcript of their conversation.

Kai Ryssdal: So when we had you on in March, number one, you had just gotten this job. And number two, we had just sort of stumbled into a global pandemic, as it were. And, and what you were seeing, you related at the time, was [personal protective equipment]. And support for medical staff was a lot of the drives on your platform. What are you seeing now, nine months into this thing?

Tim Cadogan: Yes. I mean, it’s been an incredible year of giving in response to the amazing amount of need that we’ve seen. Right now, one of the biggest trends is a lot of fundraising for rent relief and monthly bills. And unfortunately, we see that kind of accelerating as we get deeper into the winter here.

Ryssdal: You know, it’s funny, we have a guy we talked to up in Portland, Oregon. We had him on about a week and a half ago. His name is Neil, Neil Cairns. He’s a bartender. He’s out of work. His landlord has said, starting in January, you need to pay full rent, and he’s not getting enough unemployment money to pay. And I had a bunch of people reach out to me after Neil’s interview aired and say, in essence, look, where’s his GoFundMe? And I wonder what you think about GoFundMe as the de facto social safety net at a time when so many people are in need.

Cadogan: Well, you know, we are really sad that so many people are in the situation, and frankly, wish that they didn’t need to use products like ours to do something like this. That said, there is the need, and there is a gap in the safety net. And so we’ve tried to do everything we can to make it easier to use GoFundMe. But as you say, the underlying set of circumstances here is tragic.

Ryssdal: I wonder that, all right, so this is a bit macro, but you know, go with it. I wonder what you think about GoFundMe being in a position to be, in essence, redistributing wealth in this economy. Right? That’s traditionally a government function.

Cadogan: That is a big question. I think it’s really important to stress that we are not a substitute for major government social programs, we are a complement. And we provide something that is distinctive. So when you receive funds, as you should, when you’re in need from a government or a major institution, that’s an institutional relationship. When you receive support through GoFundMe, you’re getting money from individual people who either know you or for whom your cause resonates and want to help you. And that has an emotional component to it. That’s different from what happens in a government or institutional relationship.

Ryssdal: It’s funny, you know, that emotional connection. It’s, it’s especially significant, it seems, in a time like, in times, rather, like these.

Cadogan: Yes, I mean, there are many of us who are suffering in the sense that we’re at home and we haven’t seen our families and so on, but we are doing fine economically. You know, we’re just one way that you can kind of address this fabric of society that is still very strong, to be able to help people in need when you have the ability to do so. I’ll offer a statistic. You know, over 70% of the donations we’ve seen this year are under $50, and many of them are much smaller. And many of those people who are donating don’t necessarily have very much, but they really, really want to help. And it’s really important for people to understand that this activity is occurring at a time when so many people are under stress.

Ryssdal: OK, so let’s take it out of the present moment here. And look, I don’t know, a year from now, in theory, we’re past the pandemic. In theory, people have vaccines. In theory, economic activity is back to normal. What do you anticipate for GoFundMe in a year?

Cadogan: Well, I hope all of the things that you just said are true very much. You know, for us, there are really three simple things that we’re trying to do. A: We’re trying to make our existing products ever better. Then we’re trying to think through, what other products could we provide people? And the third one is global. We’re in 19 countries today, and we want to be available as broadly as possible. People’s lives are complicated, and they need help and support both for difficult situations, but also for good things. And we’ll be there to help them with anything that needs to gather support for. 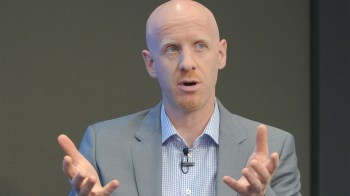 GoFundMe CEO: “We’re not yet seeing much around recovery”

Giving the gift of less debt