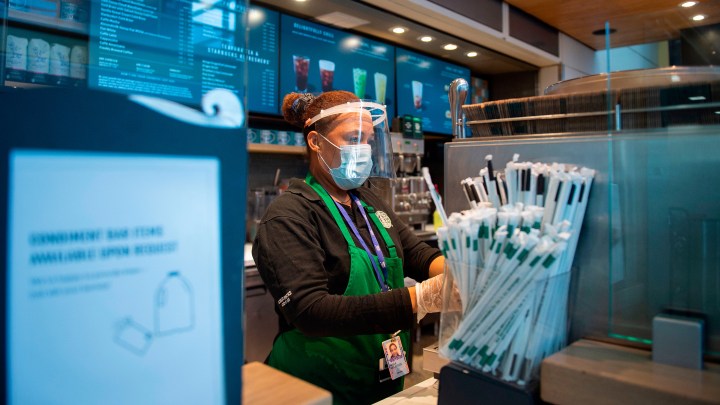 Home Depot and Starbucks are joining a short but growing list of companies that have permanently raised wages for their employees since the pandemic began.

Home Depot announced this week that it plans to spend an additional $1 billion a year to increase employee wages, and starting next month, Starbucks is giving nearly all of its current employees at least a 10% raise.

Starbucks is also boosting starting salaries to try to help stores attract and retain new employees — something that has become difficult for many retailers and restaurants during the pandemic.

“Workers are, in very large numbers, not willing to return for the low wages that they had before,” said Saru Jayaraman, president of the nonprofit One Fair Wage and director of the Food Labor Research Center at the University of California, Berkeley.

“They’re dealing with low wages, risk of exposure and hostility, a lot of them are just saying it’s not worth it.”

But few big retailers have raised wages permanently for front-line employees. Target and Best Buy did over the summer, but that “is still the exception,” said Molly Kinder, a Rubenstein Fellow at the Brookings Institution. “Most companies at this point have not raised wages.”

In fact, many retailers that offered employees hazard pay earlier this year because of COVID-19 have let it lapse.

“Earlier in the pandemic, we heard a lot about hazard pay, but it was super short lived,” said Sucharita Kodali, a retail analyst at Forrester. “It almost seemed like it was a PR stunt as much as anything.”

Now, though, Kinder said it feels like “the winds are shifting.”

A growing number of people across the country, and across the political spectrum, now support raising the minimum wage — more than 70% of Americans, including a majority of Republicans.

Additionally, according to Jayaraman of Berkeley, many small, independent restaurants have had to just raise wages “pretty dramatically” to get workers to come back.

“And when independent restaurants are paying so much more, a company like Starbucks or Olive Garden or any of these chains is not going to be able to compete,” she said.

Ultimately, though, Kodali expects it will take action at the state or federal level for most companies to raise wages in any significant way.

“For the broader set of companies, if we want to raise standards of the lowest income households, it’s got to be through a government mandate,” she said. “Very few companies are going to voluntarily do this.”