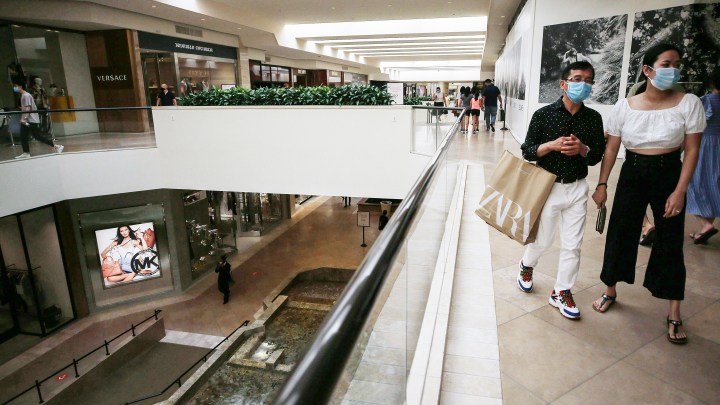 It is a truism that we repeat time and again on this program: As goes the U.S. consumer, so goes the U.S. economy. And recently, we’ve been seeing plenty of signs of weakness in the consumer economy.

Consumer sentiment so far in November is down more than 5% from October and is some 20% below where it was this time last year.

New numbers on retail sales were released Tuesday. Sales were up three-tenths of a percent in October, but the gain was weaker than expected and much weaker than September’s.

If you have anything to do with the retail business, something you don’t want to see is this kind of falloff in sales growth in the fall.

“October’s report is actually a bad omen for the holiday season,” said Camilla Yanushevsky, a retail analyst at CFRA Research. She predicts this’ll be the first year since 2008 that annual holiday sales don’t go up.

John Leer, an economist at Morning Consult, said a lack of new fiscal stimulus from Congress is dampening consumers’ appetite to spend. So is the pandemic.

“When you see the number of new cases spiking as it is currently, we see consumer confidence in the U.S. decrease,” he said.

This is not an equal opportunity retail slowdown, though, said Nick Shields, an analyst at Third Bridge. “Main Street retail is weaker than big-box retail,” Shields said, and smaller retailers have a harder time dealing with COVID-19 restrictions and transitioning to online shopping.

If more of them shut down, it’ll hurt the entire economy, he said. Big brands will have fewer consumer outlets, and commercial landlords will take a hit.

“They do serve a lot of massive retailers like the department stores, like Walmart, like Target. But they also have small-business and medium-sized retailers,” Shields said.

We probably won’t know until early next year — after the holiday shopping results are in — how many smaller retailers are going to throw in the towel and shut down for good, he said. 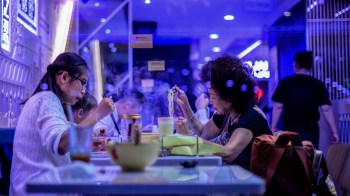