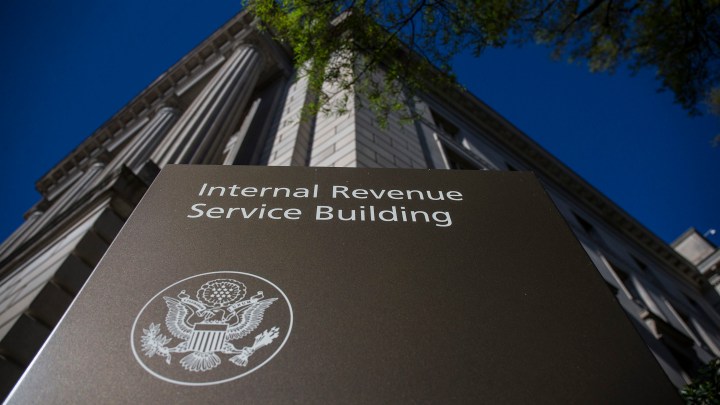 There are any number of goals, changes and reforms that the incoming Biden administration could potentially tackle. Some are already expecting reforms or changes to the U.S. tax system.

What would be some effective methods to both reform and modernize the tax system and the IRS? Marketplace’s senior economics contributor Chris Farrell and “Marketplace Morning Report” host David Brancaccio talked through one simple but ambitious solution to that problem. Below is an edited transcript of their conversation.

David Brancaccio: Tax simplification is hard. Actually, any reform, not just of the tax rate, but of the structure of the tax system, is hard. I mean, look at what we have now — the word “pastiche” comes to mind.

Chris Farrell: I love that word. I mean, that is really a great word for these exemptions, exclusions, deductions, credits, carve-outs, income phase-ins, income phase-outs. I mean, look, economists just despair. They despair at the waste from the billions of hours and billions of dollars spent on filing, administrative compliance costs. And, you know, America’s complex tax code is what’s allowed for these financial maneuvers that let President Trump pay so little in taxes.

Brancaccio: Yeah, I was going to say, if you reform the system, it’s going to be harder to cheat. I’m not talking about the president, but really, anyone so inclined.

Farrell: Yeah. And here’s the thing: Reform has been hard. The last reform was 1986 under President Reagan, right? And then there were all these white papers and guideposts. But the thing is, people are really worried that reform might hurt their finances. And this is why this recent scholarly paper grabbed my attention. And it has a simple, although less ambitious, step toward tax reform. Now, titles — I don’t know if you noticed this, David, with economic papers — they’re getting longer and longer. In “Estimating The Costs of Filing Tax Returns and the Potential Savings From Policies Aimed at Reducing These Costs,” economist Youssef Benzarti calculates that not only does tax filing impose a yearly cost in excess of 1% of our economy, but that this cost has been steadily rising over the years.

Brancaccio: Let me try that; “Estimating the Cost of Filing Tax Returns and the Potential Savings From Policies Aimed at Reducing These Costs.” OK, it is a long title. All right, you know, long title, many suggestions, but what is one that stands out that you’d like to highlight?

Farrell: All right, here’s the one that I like: have the IRS take the tax-related information that it already gets from employers, banks, dividend income, pension income, and taxpayers would receive a pre-filled out form. You look it over. If it’s OK with you, sign it. Send it back with a check if you owe or wait for your refund. And that seems like a good place to start.

Brancaccio: I mean, it sounds like science fiction that we would do something like that in the United States, but other countries do?

Farrell: Well, at last count 36 countries, and it’s the so called, you know, “return free filing.” Now, to be really clear, this reform would do nothing about complicated taxes like Trump’s and other wealthy people. But you know, David, in normal times, about half of American taxpayers earn all their income from one employer’s wages. And so this pre-filled out form could cut compliance costs by about 43%. And, by the way, it’s not a radical idea. President Reagan, he liked it. And Congress did direct the IRS to develop this idea back in 1998.

Farrell: It’s not that long. But this just makes it even easier. And I think what it does is it relieves the worry that so many people have around the tax time of year.