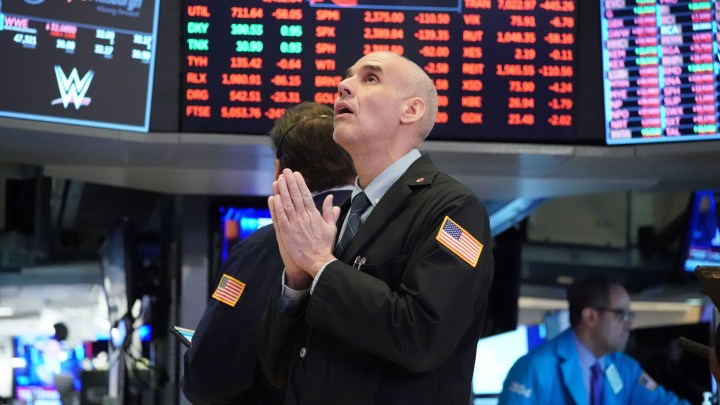 Clarification (Nov. 11, 2020):  This story has been updated for clarity to include additional examples of loss aversion.

Kai Ruggeri is an assistant professor at Columbia University’s Mailman School of Public Health, and he has a proposition for you.

I personally went with the guaranteed $90.  (I didn’t get the actual money this is conceptual!)  And so would most people.  For getting only ten more dollars, we wouldn’t risk the other 90, even with those odds.

Again, easy for me. Absolutely not, I’m not taking any chances, I’ll just give the guy five bucks.

Turns out that is exactly what most people would choose, according to Ruggeri’s research.

This is all because, Ruggeri said, we experience losses psychologically differently than gains, even if they’re the same amount.

“We’re not consistent,” he said.

This idea is known as loss aversion. It flowed from work done by Amos Tversky and Daniel Kahneman in 1979, for which Kahneman won the Nobel Prize, and it’s a bedrock principle of behavioral psychology today.  Ruggeri recently replicated on an international scale the original experiments that gave birth to loss aversion and published the results in Nature Human Behavior.

Ran Kivetz, a professor at Columbia Business School, said there are a lot of real-world examples of loss aversion at work.

“People hold on too long to losing stocks, take too much time not selling them, and they sell winning stocks too quickly.”

People hate acknowledging or taking losses, so they take risks to avoid it — maybe the stock will go back up! But when it comes to gains of the same size, they’re less willing to risk anything. You can see it on menus, Kivetz said. Having a really expensive option gets people to buy more mid-priced options. Why? Because the mid-priced meals look more attractive now, you’re not losing as much money if you buy them.

“People tend to gravitate to the middle option to avoid big gains and big losses that they could get in a more extreme option,” Kivetz said.

Loss aversion has even been used to explain trade policy. Kivetz said losses probably loom about twice as large as gains do, psychologically speaking.  It’s why every time you buy a plane ticket, that ad pops up and says, “Are you sure you don’t want to insure this trip? Here’s a list of things that could go wrong and cause you to lose your money.” There was a time when quirks of human behavior, including loss aversion, were referred to as irrational, Ruggeri said.

“I think a lot of the behavioral science community tries to stay away from calling that irrational, because it’s hard to say what’s rational or what’s irrational,” Ruggeri said.

Like a lot of social science research, loss aversion has been called into question in recent years. David Gal, a professor of marketing at the University of Illinois, Chicago, believes there are other explanations for what appears to be loss aversion and disputes the evidence for it. But he acknowledges it’s a pervasive theory.

“You can read about it in legal decisions [and] medical literature,” Gal said. “[In] any kind of work that involves any kind of human behavior, loss aversion has become a common term.”

“You could take loss aversion in that sense and think about it conceptually and generalize it to the human condition, which, is just change,” he said.

Any change involves gains and losses, whether it’s selling stocks or ordering from a menu or changing old habits. If losses loom larger than gains, Kivetz wonders, maybe that’s why so many people don’t like change.