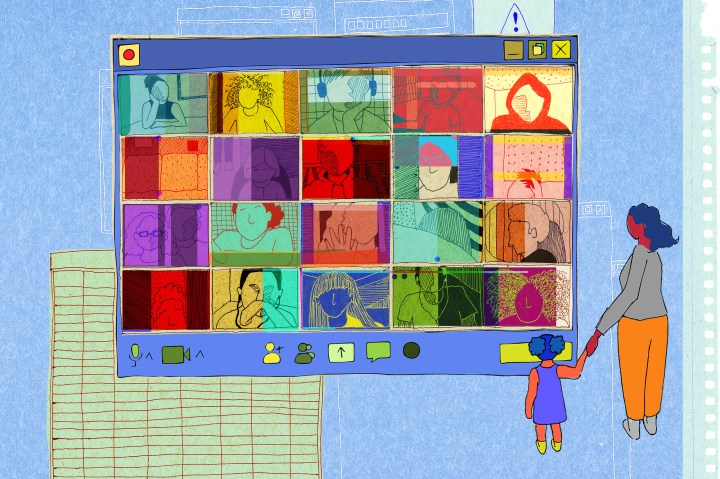 COPY
Our poll found a stark gender disparity in who was responsible for supervising classes. Rose Conlon/Marketplace
Unworkable

Our poll found a stark gender disparity in who was responsible for supervising classes. Rose Conlon/Marketplace
Listen Now

The latest Marketplace-Edison Research Poll found a stark gender disparity in who is primarily responsible for supervising children’s remote school during the pandemic: 63% of women said they were compared to just 29% of men.

“Who is responsible for helping your child with online school?”*

It’s the latest example of how the pandemic is exacerbating inequality and setting women back in the workplace. The September jobs report from the federal Bureau of Labor Statistics found about 865,000 women dropped out of the labor force that month as the school year began, four times the number of men.

And an analysis of federal data between March and April found women in heterosexual households where both partners were working from home had reduced their work hours four to five times more than male partners.

Emily Smith quit her full-time job in sales a couple years ago to start a business as an heirloom vegetable farmer in Ohio. Usually she supplements her income with a part-time winter job, but this year she’s got a lot going on at home. Her 9-year-old son is doing on-again, off-again remote school, which changes week by week according to infection rates in her county.

“And so I have to be here. He’s not really old enough for me to go anywhere,” she said. The one time she left to run a quick errand down the street, “I come home, and he’s sitting in front of the TV with his computer in front of him,” she sighed.

Smith’s husband works full-time outside the home, so like the majority of moms, she’s taken on the task of supervising classes. Smith said she’s happy to take a larger role at home, even if it means sacrificing some income and professional ambition.

But the wide-scale increase in unpaid household labor taken on by women during the pandemic could have lifelong effects on skills, earnings potential and the growth of the broader economy.

“These disparities have already been there, but they’re really getting exaggerated by how the pandemic has kind of taken away a lot of the scaffolding that makes working families tick,” said Darby Saxbe, director of the USC Center for the Changing Family.

She said before the pandemic, women in heterosexual dual-income households were already doing more household labor, despite the fact that dads have tripled the amount of time they spend taking care of kids over the last 50 years. Now with child care hard to find and extracurriculars canceled, it’s mothers who are mostly picking up the slack.

“Women are generally socialized to be more the managers of their kids’ development and education,” she said.

Many — like Emily Smith — have already found work that allows for more flexibility and time at home, and frequently pays less than a male partner’s work.

However, the Marketplace-Edison Research Poll found roughly equal shares of men and women said they had made career sacrifices to care for family during the pandemic, or had cut hours at work to deal with remote school.

Thane Young in Philadelphia is juggling his IT job with studying for his B.A. and helping his five kids at home.

“It’s definitely taken away from anything else that I would have otherwise done,” he said. “That time otherwise would be consumed either with my career or my own education.”

Dan Carlson, a professor of family and consumer studies at the University of Utah, has found while moms are more likely to be in charge of remote schooling, dads have stepped up to take a more equal share of routine housework and child care during the pandemic.

“If men hadn’t stepped up the way they did, it would have been even worse,” he said. “But it was not enough to stem the tide. It’s like a finger in a dam.” 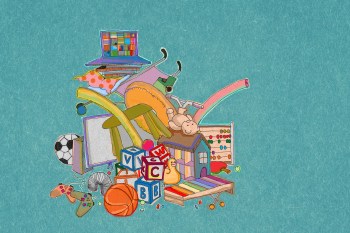