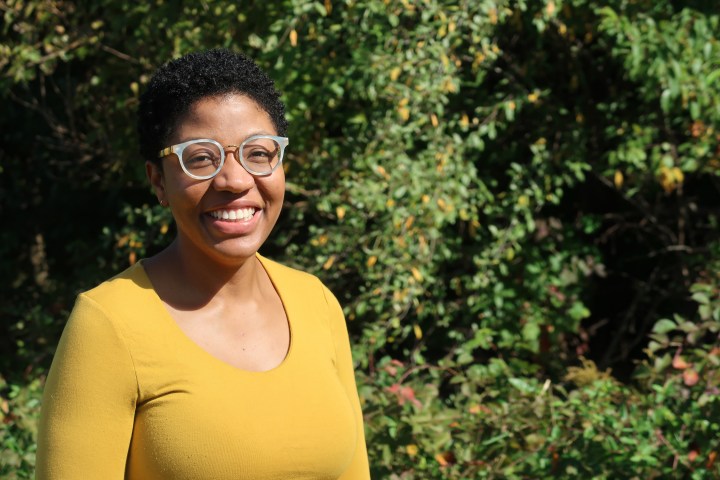 COPY
Thuli Katerere-Virima is one of 7% of Biden supporters who still have full confidence in government economic data. Kimberly Adams/Marketplace
Economic Anxiety Index®

Thuli Katerere-Virima is one of 7% of Biden supporters who still have full confidence in government economic data. Kimberly Adams/Marketplace
Listen Now

Partisanship and perspective seem to go hand in hand, based on the latest Marketplace-Edison Research Poll, especially when it comes to federal economic data.

Our poll asked respondents how much they “trust the data about the economy that is reported by the federal government,” and 40% said they either somewhat distrust it or did not trust it at all. That reveals greater confidence in government data than just before the 2016 election, when 44%, held that perspective, but there has been a drastic shift since then in terms of just who believes and distrusts government data.

Back in 2016, almost half of the supporters of then-candidate Donald Trump distrusted  federal numbers about jobs and the broader economy, prompted by Trump himself, who often referred to the data as “phony.”

After the election, the Trump administration quickly shifted language, saying the jobs numbers were real, and now, in this month’s poll, just 16% of Trump supporters somewhat or completely distrust federal economic data. But when it came to his opponent’s supporters, in 2016, just 13% of those backing Democratic nominee Hillary Clinton in our poll didn’t trust Washington’s numbers about the economy. Now, 46% of those supporting former Vice President Joe Biden say they completely or somewhat distrust the data.

“The pattern that I saw in the data was that people are more likely to trust government data, if they also happen to trust the people [and] the person in the White House,” said Bruce Carruthers, a sociology professor at Northwestern University who reviewed the survey results. Carruthers said he was concerned by the connection between partisanship and trust in economic data.

That’s the case for 31-year-old Thuli Katerere-Virima in Chantilly, Virginia. She has a 7-month-old baby, and she and her husband are thinking of buying a house for their growing family. Bucking the trend, Katerere-Virima is one of just 7% of Biden supporters who still completely believe the numbers.

“I make a distinction between economic data coming from the government and things our president says,” she said. In addition to noting housing numbers and interest rates, she said she also uses federal economic data to give her insight in what’s happening outside her community.

“People have really disparate economic experiences in this country,” she said, suggested that might help explain the partisan divisions over data as well. “Because sometimes what you are hearing on the news about what the state of the country’s economy is, might not at all be reflective of your own personal situation. So I think sometimes that that makes people have less trust.”

That’s why James Allen Jones in Johnson County, Kentucky, said he doesn’t believe federal economic data at all. With few jobs in his rural community, he hasn’t seen the economic growth reflected in federal data pre-pandemic.

“It’s like just what they want you to hear is all they want to tell you,” he said, referencing what he hears about the economy on local and national media outlets. “A lot of stuff that comes out, they tell you one thing and then you come find out it’s a different thing, especially [when it comes to things] like welfare and unemployment.”

He said mixed messages about the pandemic have confirmed his stance. Jones is a proud Trump supporter, but is even skeptical of what the president says about the economy, arguing Trump is getting bad information from other federal officials.

This kind of deep-seated mistrust about the numbers and data that inform economic decision-making, can contribute to policy gridlock, according to Laura Veldkamp, a professor at Columbia Business School.

“If we don’t have a common set of facts that we believe in, it’s hard to come to common conclusions on what needs to get done,” she said. “And the very essence of government is coordinating people.”

Veldkamp said it’s unlikely policymakers are as skeptical of the numbers as the general population, but the high levels of distrust can make it challenging for leaders to agree upon — or justify — how to move the economy forward.