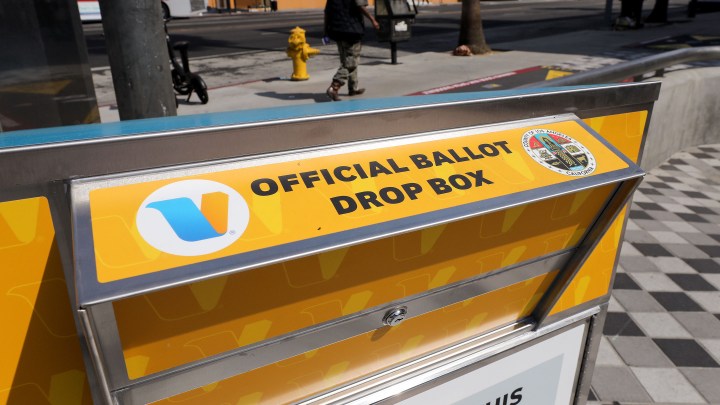 The Economist rolled out its first statistical forecast system of a U.S. general election this summer, incorporating polling, economic, demographic and historical data into a machine-learning code that updates prediction numbers daily.

But in a crowded field of election forecast systems, how does The Economist’s system stand out? “Marketplace Morning Report” host David Brancaccio spoke to Editor-in-Chief Zanny Minton Beddoes to get more insight on what their system can and can’t do.

David Brancaccio: You’ve commissioned a magic box to tell us which party is going to win in the U.S. Senate and the U.S. House. Without giving up any trade secrets, although I’ll take them if you got them, what’s in this box generally? How’s it work?

Zanny Minton Beddoes: Well, it’s one of three. As you know, we have a presidential forecasting model. And now we have a forecasting model for the House and for the Senate. They are all three models that are, to put it simply, based on a combination of polling results and what are called kind of “fundamentals.” So underlying political variables, which tend to influence election results.

Minton Beddoes: They are. There are a lot of lines of code and the people who build them up are really pretty good at this stuff. But they are, I think, a kind of complement to the kind of traditional political reporting of the sort that you’ve done in the past. And I think of them as a way to counterbalance, if you will, the sort of cognitive biases that sometimes come into our reporting, and indeed, everyone’s reporting and the political discussion. When we’ve put together stories now, what’s been really, really interesting is to combine the kind of shoe-leather reporting and analysis of our correspondents with the results that the data analysis team have and the forecast that these models predict.

Brancaccio: And you have the view that we sometimes here forget, in our focus on Trump versus Biden, that the Senate race may be as consequential?

Minton Beddoes: Oh, absolutely. I think the Senate race is hugely consequential this year. I think whether the Senate moves to the Democrats, which is what the current forecast of our model is narrowly, or whether it stays in Republican hands, is enormously consequential.

Brancaccio: How often is this updated? Can you tell us?

Minton Beddoes: Daily, [all] of them, and you can find them online on our website. The way they work, sort of simply, is that we have, there are some underlying fundamental relationships that the model through, you know, thousands and thousands of iterations based on previous elections has discovered, to which are added, effectively, the latest polling data and the latest polling results. And earlier on in the year, when we first launched our presidential forecast model, the model weighted disproportionately what we call these fundamental factors, because experience suggests that early on in the race, people aren’t really focused and so polls tend not to be a very good predictor of the eventual outcome. The fundamentals are more useful. But as you get closer to the election, the weighting changes. And the polls become, you know, more and more important the closer you get. And so it’s important that the number that is spit out every day from the model changes over time. It’s not a sort of perpetual prediction. It’s at that particular point in time.

Brancaccio: And as we’re speaking, the model suggests, the Democrats have the House of Representatives nailed, but that Republicans still have a decent chance of holding on to the Senate.

Minton Beddoes: Yeah, right now, the model says about 70% odds of the Democrats winning the Senate, which means, obviously, 30% odds of the Republicans holding on to it. And there is a sort of expectation of what the majority would be. And I think it’s currently just about 51 seats. So very, very narrow.

Brancaccio: Now, you know the following better than most, Zanny, that there’s been an uneven history of geniuses trying to build models to predict the future performance of the economy. How much are you prepared to promise that this rig is going to work?

Minton Beddoes: Well, you know, I think we need to be very careful what we kind of read into this. I think this is an immensely useful tool. You know, you don’t need a model to tell you that Florida is going to be an incredibly consequential state. But a piece of analysis that has shoe-leather reporting from the state, coupled with expectations that our model spits out, I think, makes for a very powerful piece of journalism. But I do think there is a risk in the kind of horse-race tendency of U.S. elections to — any election, but particularly the U.S. — that you kind of forget what has happened in previous cycles. And basically what these models do is they are built clearly, the data they’re trained, on is previous elections, huge numbers of them, and then plenty of iterations to work out what the factors were that appear to be, you know, significant in previous elections. And so, you know, they are based on an assumption that the kind of factors that influence previous elections will influence this one. But nonetheless, I think that provides a real rigor, which is a very, very useful complement to every other bit of analysis.

Brancaccio: I mean, sometimes past is prologue, but not always, and we have this unprecedented possibility of a disputed election. That would be hard to get that model to do much prediction about that.

Minton Beddoes: Absolutely. And there are, you know, many elements about this particular election, which are “sui generis,” where, you know, there hasn’t been a particular example of that in the past. That said, I think that the rigor that the models we have built brings is that it will help us to make sense of what is going on and may even help us try and analyze where things are likely to go. So we will, for example, if all attention is focused on the presidential election, we will be able to have some very rigorous analysis of what’s going on at the Senate and what’s going on in individual Senate races. Now, this is absolutely not a, you know, “only look at this model and close your eyes and never think about anything else.” But it’s a very, very useful accompaniment, rigorous accompaniment, rigorous complement, to the rest of our journalism, and I think it’s very helpful in this extraordinary election year. 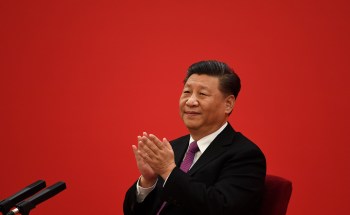