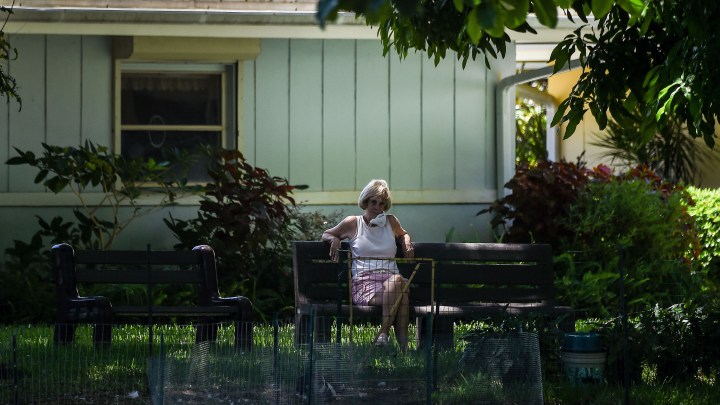 COPY
For retirees in their 50s and early 60s, not only do they have less time to save, they won’t be eligible for Medicare or full Social Security benefits. Chandan Khanna/AFP via Getty Images
Workplace Culture

For retirees in their 50s and early 60s, not only do they have less time to save, they won’t be eligible for Medicare or full Social Security benefits. Chandan Khanna/AFP via Getty Images
Listen Now

The labor force participation rate is falling. That means there are more people out of work who aren’t looking for a job. That could be due to a lack of available openings, childcare issues at home — or folks who have simply decided to retire early.

Chuck Harris was a physicians assistant in Jackson, Wyoming. He’d planned to wrap up his career later this year, shortly after his 66th birthday, but when the pandemic closed his facility, he made an early exit.

“I’ve kind of backed into retirement, but not intentionally,” Harris said.

Since February, the number of employed workers over age 55 has dropped by 7%, and many will never return, said Richard Johnson at the Urban Institute

“If you lose your job, then it’s much more difficult often to get back into the workforce,” Johnson said.

During the Great Recession, he found it took older workers twice as long as younger workers to find new jobs. Those over 55 often face discrimination, cuts in wages and, now, safety concerns that could push them to early retirement.

“What that means, though, is they weren’t prepared,” said Teresa Ghilarducci, a labor economist at the New School.

Ghilarducci said early retirement will hit workers in their 50s and early 60s particularly hard. Not only do they have less time to save, they won’t be eligible for Medicare or full Social Security benefits.

COVID & UnemploymentCOVID-19Workplace Culture
Tags in this Story
Share this Story