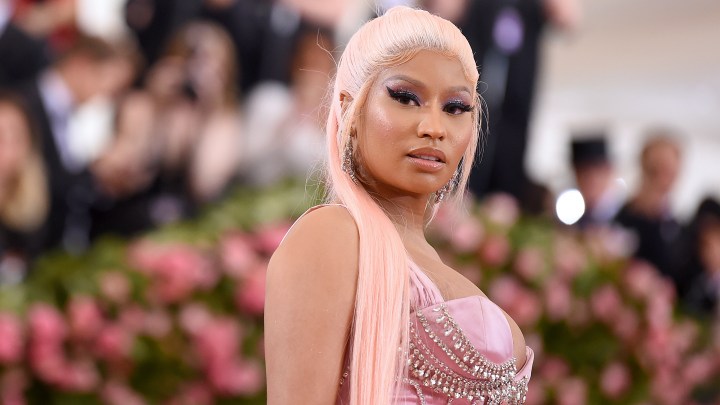 COPY
Artists often create something with someone else’s work, and then run it by the original artist. That's what Nicki Minaj, pictured, did with Tracy Chapman's song "Baby Can I Hold You." Jamie McCarthy/Getty Images

Artists often create something with someone else’s work, and then run it by the original artist. That's what Nicki Minaj, pictured, did with Tracy Chapman's song "Baby Can I Hold You." Jamie McCarthy/Getty Images
Listen Now

Tracy Chapman is suing Nicki Minaj for using part of one of her songs. The case has the potential to upend the way music is written and how artists borrow from one another.

Minaj’s song “Sorry” obviously takes from Chapman’s song “Baby Can I Hold You.” Nobody disputes that. Minaj and her people asked Chapman for permission during and after production of “Sorry,” and Chapman and her reps said no, multiple times. So Minaj didn’t release the song on her 2018 album.

“What complicates it in this case is that there was further redistribution,” said Eugene Volokh, a professor at UCLA School of Law.

The unauthorized song got out. Chapman’s attorneys say Minaj leaked it to a New York DJ, Funkmaster Flex, who then played it. Minaj’s attorneys dispute that. Either way, it got on the air, and then on the internet.

And Chapman sued, saying Minaj shouldn’t have been allowed to make the unauthorized song in the first place, even as a demo. Minaj’s attorneys say, yes, Minaj was allowed to create the song under an exception to copyright law known as fair use. That’s a key point of disagreement in the case.

“The relatively novel legal question here is whether it is a fair use for somebody to make copies of someone else’s work in order to send it to the author and say, ‘Look, listen to it. Isn’t it great? Won’t you license it to me?'” Volokh said.

That’s how things often work now. Artists create something with someone else’s work, and then run it by the original artist. Sean Bradford is an artist who’s done covers of well known songs.

“Yeah, it’s definitely — you do it, and then you think, ‘is this cool or not?’ Like, the creative process is all about trial and error,” Bradford said.

“Can you imagine what the world would look like if every artist who goes into the studio has to get a license merely to experiment with someone’s music? The world would be a poorer place,” said Pete Ross, one of Minaj’s attorneys.

John Gatti, one of Chapman’s attorneys, said copyright law is not here for the people who want to do the copying. It’s here to protect the original creator.

“What the law protects is that Tracy Chapman, in this case, has the absolute right to control how her intellectual property is performed, presented and exploited,” Gatti said. “The argument on the other side is really turning established copyright law on its head.”

Gatti said experimentation is not covered by fair use.