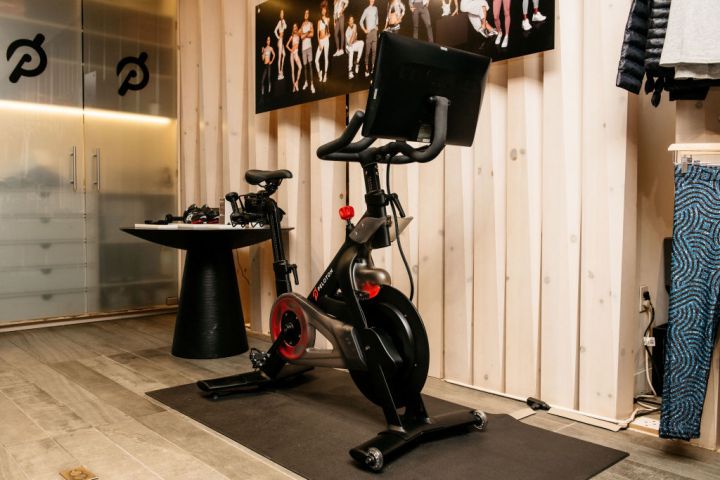 COPY
A Peloton stationary bike sits on display at one of the fitness company's studios. Scott Heins/Getty Images
COVID-19

A Peloton stationary bike sits on display at one of the fitness company's studios. Scott Heins/Getty Images
Listen Now

Peloton, the exercise company, is dropping the price on its original bike to under $2,000. It’s also launching a more expensive bike, checking in at nearly $2,500. The company reports earnings Thursday.

Peloton sales grew and grew, and now according to Landon Luxembourg, an analyst with Third Bridge, Peloton is essentially saying, “we’ve already captured the people that we were able to capture during the pandemic. Now let’s expand our base even more. And one way to do this is to provide a lower price piece of hardware.”

Walter Thompson is the former president of the American College of Sports Medicine. He said the competition is heating up as the pandemic heads into the fall.

And these sports-tech companies may realize that Americans are thinking, “I know it’s going to be cold. I’m not going to want to go outside so I need an alternative,” added Thompson.

For those customers, Peloton and other companies may be betting that interconnected exercise equipment is that alternative.