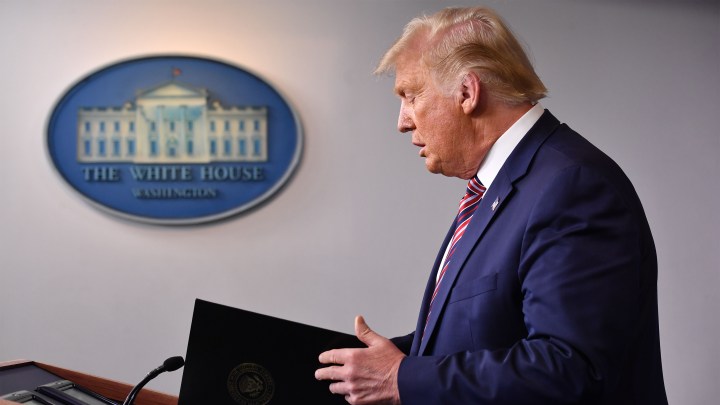 Just after the CARES Act passed this spring, more than 35 million people with federal student loans got a note from their servicer saying their payments had been paused and their interest rate had been set to 0% until the end of September. Over the weekend, President Donald Trump signed a memorandum extending that reprieve through the end of the year.

But if you’re one of those 35 million, don’t count on it just yet. It’s not clear whether the extension will be automatic for everyone whose loans are currently on pause, or whether you’ll have to prove economic hardship going forward. It’s also not clear whether the president has the authority to unilaterally defer payments and waive interest on student loans.

“We’ve got a lot of unanswered questions about one, whether it’s legal, and two, if it goes into effect, how will it differ from the existing payment policy and interest waiver?” said Mark Kantrowitz, publisher and vice president of research at Saving for College.

Even if no one brings a legal challenge, the language in Trump’s memorandum “is not super clear,” said Betsy Mayotte, president of The Institute of Student Loan Advisors. “We think we know what it means, but we’re waiting for guidance from the Department of Education.”

Under the CARES Act, everyone with federally-held federal student loans got automatic, temporary relief, without having to prove any kind of economic hardship. On top of that, while payments are paused, those working toward Public Service Loan Forgiveness or loan rehabilitation are getting credit as if they were making payments, and collection efforts have been suspended for borrowers who are in default.

Whether Trump’s memorandum extends all of those provisions is an open question.

“It’s really up to the Department of Education to interpret it the way they feel like it should be interpreted. It’s certainly possible that they might just say, you know what, we’re going to treat it like the CARES Act,” Mayotte said – which would mean automatically extending relief to everyone who has a federally-held federal loan – “or they could go the other way and say there’s language in here that makes us feel that maybe not everybody should be qualified for it.”

The Department of Education has not yet released guidance on what it plans to do – that is likely to happen in the coming weeks. There is also still the possibility that Congress will break through its current impasse and pass another coronavirus relief bill that includes an extension of the current student loan payment pause and interest waiver.

That’s what happened in March. Trump announced on March 13 that he was suspending all interest on federally held student loans for at least 60 days – two weeks later, Congress passed the CARES Act, which codified that into law and “eliminated any possible question about the legality of it,” Kantrowitz said.

Not everyone with student loans has benefited from the temporary relief in the CARES Act. Nearly 20% of federal loans do not qualify for the current payment pause and interest waiver – namely Perkins loans and most Federal Family Education Loan Program or FFEL loans – nor do private loans. And while there are still options for borrowers with those types of loans, like income based repayment plans or forbearance, interest will continue to accrue even if they’re not making payments.

For those whose loans have been on pause since March, the fact that they have not been accruing any interest has been huge, Mayotte said.

“I’ve been in this industry since the earth cooled, I’ve been through my share of disasters – 9/11, Katrina –  and this [interest] waiver was unprecedented,” she said. “In the past, we’ve pretty much relied on these disaster forbearances which, other than the fact that the borrower’s credit wasn’t harmed because they weren’t paying, it wasn’t a lot of help, because their loans ended up bigger than they were when they started.”