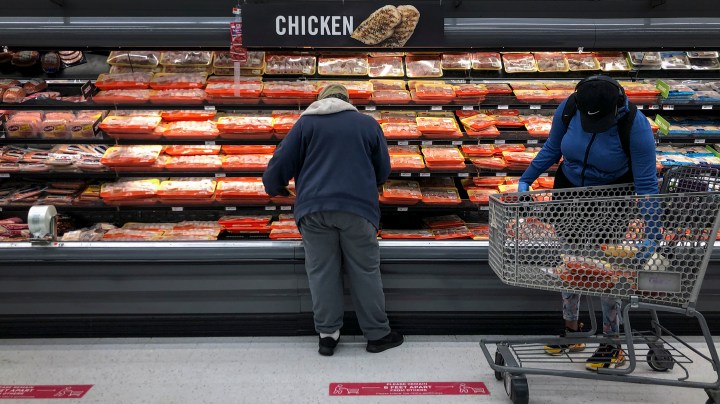 COPY
Food companies like Tyson have not been able to make up all of the ground they lost during the pandemic through grocery store sales. Drew Angerer/Getty Images
COVID-19

Food companies like Tyson have not been able to make up all of the ground they lost during the pandemic through grocery store sales. Drew Angerer/Getty Images
Listen Now

Tyson Foods has named a new CEO: Dean Banks. He’s taking over the meat processing giant this fall at a tough time for the industry. The company just reported a steep decline in quarterly profits, down 22% from last year, largely the result of the pandemic.

It’s been a difficult few months for the meat processing industry. Thousands of workers have had COVID-19. Factories closed and reopened. And, according to Ohio State University logistics professor Terry Esper, companies like Tyson have had to repackage food that was meant to supply food service. But that isn’t easy.

Before COVID-19, people ate out at restaurants, arenas, hotels and university cafeterias. In fact, according to Christopher Muller, a professor of hospitality at Boston University, about half of all meals were served away from home. The big food companies were supplying those places.

And now, “we just haven’t made up for it in the grocery business,” Muller said.

Tyson says one area of weakness is the products it supplies to schools. The company said in an email that problems there may continue depending on states’ reopening plans.