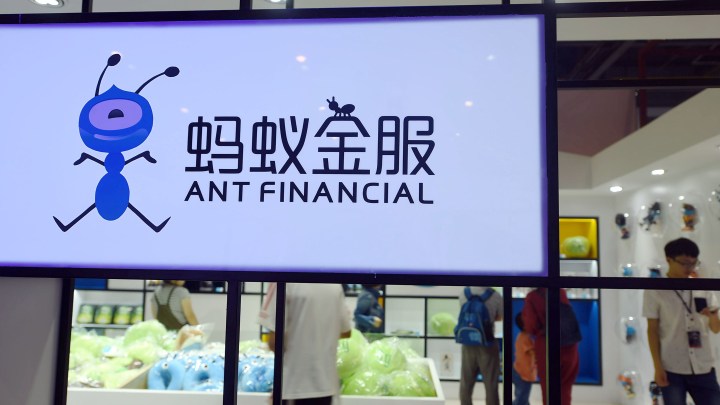 COPY
The financial technology company based in China will be going public in what could be one of the biggest IPOs in history. AFP via Getty Images

The financial technology company based in China will be going public in what could be one of the biggest IPOs in history. AFP via Getty Images
Listen Now

Jack Ma’s Ant Group, a financial technology company based in China that owns Alipay, shared that it will be going public in what may be one of the largest IPOs in history, with a valuation of possibly $200 billion. The company announced it’ll list in Shanghai and Hong Kong, but not in the U.S. for now.

Andrew Karolyi, professor of finance at Cornell SC Johnson College of Business, spoke with Marketplace’s Sabri Ben-Achour about what this move means. The following is an edited transcript of their conversation.

Andrew Karolyi: I think what once was, still is for many, many companies around the world, a real serious, positive value proposition to be listing here in the U.S. There’s enormous opportunities with respect to broadening your investor base, deepening the capital pool from which you can draw, raising the brand profile of your company globally. So Ant Financial probably has made a strategic calculation that this is going to be just fine, at least for now, the dual listing in Shanghai and Hong Kong. And the investors are going to find them. And I think that’s the calculation that they’ve done.

Karolyi: I actually don’t think that that’s probably what’s going on here. I think this is truly a strategic decision on behalf of the leadership at Ant Financial. Nothing in this decision stops Ant Financial from pursuing, subsequently, a listing on the NYSE, or Nasdaq, or London, or Singapore later.