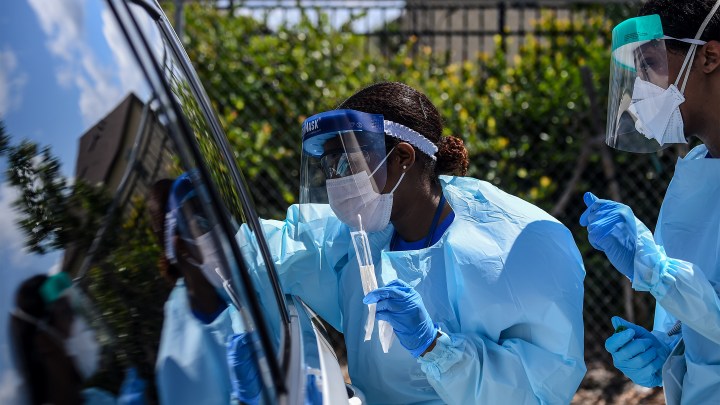 As virus cases surge in Arizona, Florida, Texas and California, hospitals are beginning to be overwhelmed with patients. Other parts of the country have been there — and we all saw what happened.

Health care workers did not have enough protective equipment. They had to reuse masks for days, carrying them home in brown paper bags labeled with their names. Some ended up wearing trash bags in place of surgical gowns.

Cindy Zolnierek, CEO of the Texas Nurses Association, said health care workers in Texas saw the dire shortages of protective equipment in other places. Now, Zolnierek said, they’re wondering, “will we be faced with what New York saw, what Michigan saw, what we saw occur in Europe?”

Three months after hospitals faced the most severe shortages, things have started to get better.

For instance, 3M, which makes N95 masks, has doubled its production to make more than a billion of them a year. But it said the demand for masks still exceeds supply.

“The spike in demand is really, really massive,” said Dan Hearsch, a managing director at AlixPartners.

His wife is a nurse in Detroit, one of the cities that was hit hardest in the spring.

“In the heat of COVID, at least here in Detroit, it was 15, 20 times a day that nurses would have to put on a new mask, a new gown,” Hearsch said.

It’s especially hard to meet the need for N95 masks; they’re made with a special kind of fabric.

“In terms of the really good-quality N95 masks, there’s a bottleneck because you can’t just set up a new company and start selling those things. It’s months of regulation,” said Lloyd Armbrust, who started a manufacturing company in Texas that makes surgical masks and can make N95s, but hasn’t received approval yet.

But some people are optimistic that health care workers will have enough protective equipment this time.

Steven A. Melnyk, who teaches supply chain management at Michigan State University, said that’s partly because other countries have flattened the curve. 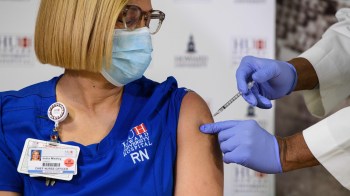