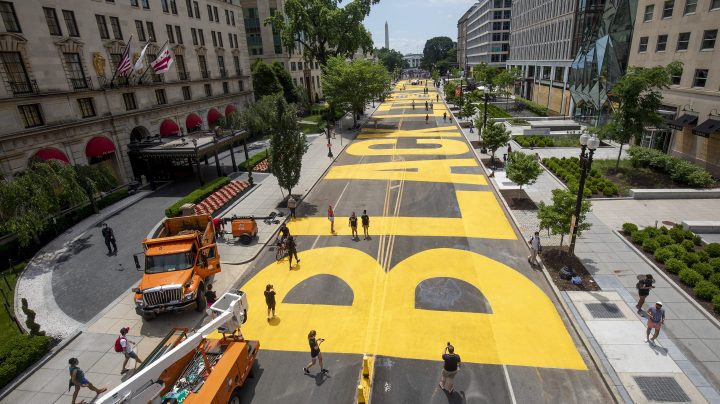 COPY
As protests over racial inequality continue around the country, many economists are reconsidering their profession's approach to race. Photo by Tasos Katopodis/Getty Images
Race and Economy

As protests over racial inequality continue around the country, many economists are reconsidering their profession's approach to race. Photo by Tasos Katopodis/Getty Images
Listen Now

Over the past few weeks, there’s been a lot of talk among economists about race and racism. This month, the American Economic Association released a statement that read in part, “We recognize that we have only begun to understand racism and its impact on our profession and our discipline”; the Chicago Fed cut ties with an economics professor over comments he made about the Black Lives Matter movement; and William Spriggs, a professor of economics at Howard University and the chief economist at the AFL-CIO, wrote an open letter asking his fellow economists to consider some of the ways that economics itself is racist. So we called him up.

The following is an edited transcript of Spriggs’ conversation with Marketplace host Kai Ryssdal.

Kai Ryssdal: This is a densely packed, three-or-so-page letter, and rather than me synopsize it, what is the point you want to make to your fellow economists?

William Spriggs: For too long, economists have dodged the issue of racism and discrimination. Our built-in instinct is that discrimination does not exist. And economists don’t want to admit the history of race at the founding of modern economics at the beginning of the 20th century. And implicit in our models ends up being an assumption that somehow or another, in some way or fashion, African Americans are inferior. Now, to the polite economist, the deficiency model typically is “bad school, bad neighborhoods and residential segregation.” These are all bad things. The strain to make sure that there’s no agency, that there’s no one who’s actually discriminating in that model, though, just makes your eyes roll.

Ryssdal: And clearly, your eyes have been rolling for quite a bit because you are extremely clear about what you’re saying in this essay, with very frank language. Help me understand the difference between the way a political scientist, perhaps, or a sociologist views race in their academic pursuit versus an economist in your mind.

Spriggs: Political scientists and sociologists aren’t excused totally, but they have a bigger screen of literature where they accept that race is a social construct, and they accept that somebody wrote laws that created race in the United States and that the laws were written with an intent to discriminate. At a sociology meeting or a political science meeting, you wouldn’t be alone if you said, the Voting Rights Act had a discriminatory intent. And it was to deny voting to African Americans. In sociology, they would admit that the purpose of “separate but equal” was meant to be something demeaning. In economics? Nah. Because it’s, so you believe that someone acted with animus to write residential segregation covenants and that cities got segregated, but when I go to a job interview, somebody else comes in, who says, I’m going to evaluate you objectively? And you go, wait, where did that person come from? So that’s the frustration. Economists don’t like this word “discrimination.” We just don’t.

Ryssdal: An economist would look at this problem that you just described and say what? It’s some external variable?

Spriggs: Yes. There’s a funny thing we have, which we call statistical discrimination, where I look at a Black person, and I say, well, you know, typically Black people don’t have as much education as whites, Black men have a higher chance of having been incarcerated, so even though I’m looking at their resumes, I think this guy may be lying, I think there’s a little noise here about his education, so I’m not gonna hire him. Well, economists consider that to be informed decision-making. I’m not really discriminating and really someone with some sort of racist animus. I just had an observation.

Ryssdal: You’ve been an economist a long time, Professor Spriggs, and you’ve been a Black man your whole life.

Ryssdal: When did it dawn on you that your chosen profession was this way?

Spriggs: The first economics class I took. And it’s why it’s very difficult to diversify the profession. Because you sit in most of the classes screaming, and you’re trying to figure out, can I ignore that so I can get the tools and do what I think is good economics? I think it’s one of the big reasons why it’s just hard to get Black Ph.D.s in economics, compared to, say, sociology, or compared to, say, political science. 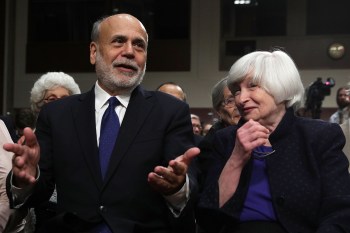