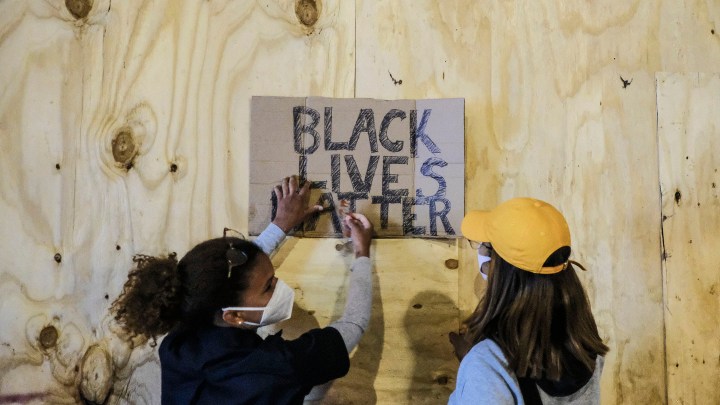 The CEOs of companies from big brands on down have been crafting public statements condemning racism and police brutality, with many using the three words, “Black Lives Matter.”

But which statements are meaningful and effective, and which seem unconvincing?

Stephanie Creary, a professor of management at the Wharton School of the University of Pennsylvania, says that in these messages, CEOs need to discuss what they’re hearing from their stakeholders and authentically say what they themselves are feeling.

And they need to state the names of those senselessly killed in recent weeks: George Floyd, Ahmaud Arbery and Breonna Taylor among them.

“I really think that, you know, they mean well in writing these statements, but they do ring hollow if it’s the case that the proper emotive quality isn’t there, if the people who are affected aren’t named — either by group, and certainly by the people who have been killed in the last month — and I think certainly if there’s not a call to action and some sense that the company’s willing to change its ways,” Creary said.

She spoke with “Marketplace Morning Report” host David Brancaccio. The following is an edited transcript of their conversation.

Stephanie Creary: I think being authentic is something that is very hard to do in a corporate press release or in a memo. And oftentimes when we see corporate press releases and memos, it looks like tons of people have been through them and have polished them up, so that they begin to sound just like somebody else’s, right? The actual core identity or the core meaning gets lost. And if you stop and read some of these statements, they do actually look quite a bit different from others. And I think it’s because the person writing it has taken the time to personalize it, and has taken the time to talk about how they feel as a person right now, and has taken the time to reflect on what this means for their particular business in their particular employees. So personalization goes a long way to expressing authentic feelings.

David Brancaccio: But then you have companies who are expressing support for what’s going on who have a complicated history. It’s many companies, really, but you think of the National Football League: It says it recognizes the issues at hand. But the NFL got down on Colin Kaepernick for highlighting the problem of police brutality.

Creary: Yeah, I mean, the NFL is an interesting case. And it’s actually one that I think has allowed criticism to rain in around these statements. That history is very recent, and it never changed. There was nothing that the NFL Commissioner Roger Goodell did to actually express support for Colin Kaepernick at the time, when he was actually a symbol of somebody who was trying to enact change. And so that statement certainly comes across as disingenuous because he’s never addressed, openly, in a way that I think allowed Colin Kaepernick, or his fans, or everyone else out in the public, to understand what exactly they were trying to accomplish. And so I find it funny, and I think other people do, that it takes nationwide protests around police brutality, which is the same matter that Kaepernick was fighting for, for Roger Goodell to say something.

So I think it’s not about all companies that have had a checkered past, because I think if you go back and you look at many companies that have tackled issues of racism, it’s because it’s existed within their own walls. But in this case, there’s large disconnect between the events of last summer and in previous years, and what Roger Goodell is saying today.

Brancaccio: OK, a statement comes out — some CEOs will get it right. Others may not, but you want to see action that follows the words.

Creary: Yeah, absolutely. And I say the first action is convening spaces for people to talk about it. What I don’t think many people understand is that Black people feel like they have been silenced, particularly in the walls of corporate America. And so while, for some, statements or spaces to talk seem like just talk, it means a lot to the individuals who feel like they have been silenced for so long.

Brancaccio: You’ve written something especially interesting. You don’t want corporate leaders to to be apologetic. You seem to be getting at the idea that there could be a backlash to the company taking this kind of stand in support of Black Lives Matter.

Creary: Yeah, there will certainly be a backlash around issues of racial equity in this country. And I think leaders need to be unapologetic by not catering to the people who are going to say, “This isn’t your business.”