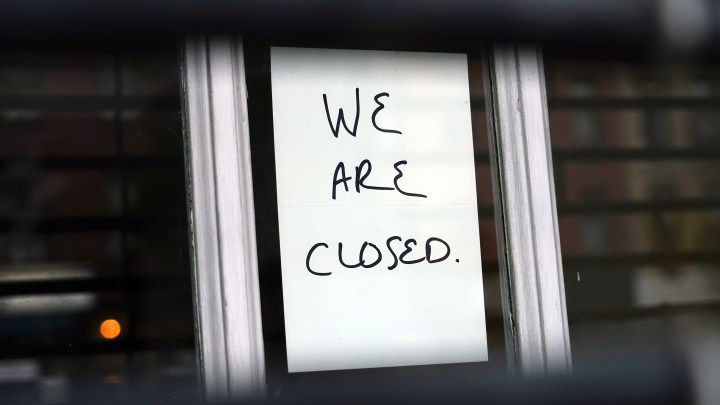 Weekly jobless claims shot into the multimillions in March with pandemic lockdowns. The latest numbers show that last week, there were 2.1 million more workers seeking aid. That means total layoffs since the coronavirus struck are now at nearly 41 million.

Since the crisis began, at least 30 million Americans have been approved to receive state or federal unemployment benefits. But many more who are out of work due to COVID-19 are still trying to get on the rolls.

Prep cook Nikolas Krevanko was laid off from his full-time job at a restaurant in Portland, Oregon, in mid-March.

“Filed unemployment, they got back to me at one point with a letter— ‘We found an issue, we’ll contact you later’ — but I haven’t gotten a single cent yet,” Krevanko said.

He went about eight weeks without pay and barely made his rent. He just started a new job at a food cart that does take out.

He expected to get state unemployment benefits while he was out of work, plus $600 a week in federal pandemic pay.

That program also expands eligibility to people who aren’t usually covered, including gig workers and solo business owners, like Brooke Wetzel, a florist in Los Angeles. She applied, was denied, then had to apply again.

“So I stopped working March 17, and the money didn’t come through until May 8,” Wetzel said.

Advocates for the unemployed estimate millions who’ve applied for jobless benefits are still waiting to get their money.