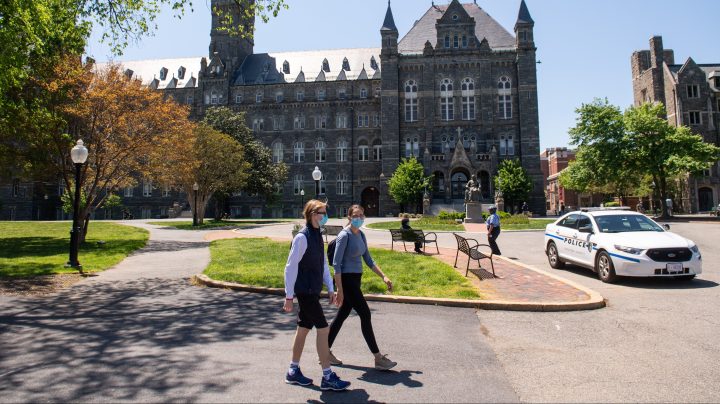 If you’ll be taking out student loans for next year, you’re in luck — in one way. Interest rates on federal loans will drop to a record low starting July 1.

“It is a big drop, and I think it’s a reflection of the cuts to interest rates due to the pandemic,” said Mark Kantrowitz, who publishes the online resource Saving for College.

The U.S. Department of Education has yet to officially announce the new rates, but they are calculated based on the high yield of the last 10-year Treasury Note auction in May, which took place Tuesday.

While the new interest rate for undergraduate Stafford loans is not much lower than the previous record, of 2.875%, that was 15 years ago.

“That was actually attributable to 9/11,” Kantrowitz said. “Because after 9/11, the interest rates started going down, down, down, until they hit bottom in 2005.”

Since then, interest rates on federal student loans have been higher, ranging up to 6.8% for Stafford loans and 8.5% for graduate and parent PLUS loans.

Though, he added, he thought nothing could cause rates to go lower than they did in 2005, “other than space aliens landing on the White House lawn. That hasn’t happened, but — we have a pandemic.”

While low interest rates will save students and parents money, the cost of college, and the prospect of incurring tens of thousands of dollars in debt, is daunting for a lot of families. That’s true even in a strong economy, but even more so now, with a pandemic, ongoing uncertainty at most colleges and universities about whether the fall semester will be in person or online, Great Depression-era levels of unemployment and one of the toughest job markets in years.

“If you don’t get a job,” Kantrowitz said, “you’re still going to struggle to repay those loans.”