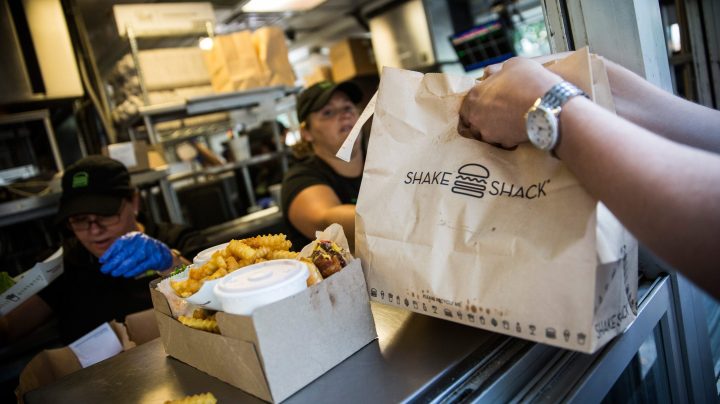 Shake Shack — a company with 189 restaurants across the U.S. — is returning a $10 million small business loan it obtained through the government’s new Paycheck Protection Program, according to a statement it released on Sunday.

The company is giving back the money after it was able to secure additional capital from other sources.

At the beginning of April, small businesses became eligible to apply for loans through the PPP, which was created as part of the $2 trillion COVID-19 relief package.

About $349 billion had been set aside for the program. According to eligibility requirements, companies with up to 500 employees were allowed to apply for up to $10 million of that money.

However, within just two weeks, the program began to run out of funds, and the Small Business Administration stopped accepting new applications. Some of the recipients included chain restaurants that employ thousands, raising criticism that the program valued major companies over local ones.

Shake Shack explained it was able to obtain that amount in the first place because restaurant businesses with no more than 500 employees per location were eligible. While Shake Shack as a whole employs nearly 8,000 people, it has roughly 45 employees per restaurant, according to the statement.

“We now know that the first phase of the PPP was underfunded, and many who need it most, haven’t gotten any assistance,” the company said.

Other big chains that have received loans through the Small Businesses Administration include Ruth’s Chris Steakhouse, which made $42 million in profit last year, and Potbelly Corp., which had $410 million in sales last year.

The PPP caused confusion among small businesses, which were uncertain about how the the process worked and whether their applications would be approved.

New York City’s small business commissioner Greg Bishop told Marketplace that some small businesses were dealing with banks that didn’t participate in the program in the first place.

The situation has become so dire, that many businesses don’t know if they’ll ever be able to recover. Only 1 in 5 restaurant owners in cities that are shutdown are “very certain” or “somewhat certain” they’ll be able to stay in business once “normal operations resume,” according to a survey from the James Beard Foundation.

However, Congress and the Trump administration are nearing a deal that would provide more funds for small businesses. Treasury Secretary Steven Mnuchin said on CNN that $300 billion would go toward the PPP, while $50 billion would go to the Economic Injury Disaster Loan, $75 billion to hospitals, and $25 billion to COVID-19 testing. Congress is still negotiating the terms of the package, with Democrats asking it to include language that would provide $60 billion of the PPP’s aid for small businesses without access to big financial institutions.