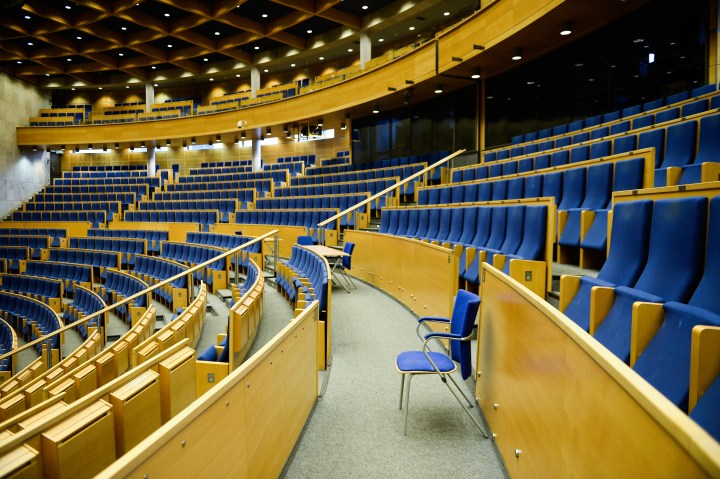 This time of year, high school seniors are deciding where (or if) they’re going to go to school next year. But because of COVID-19, making that choice has become a lot more complicated.

“For many of them, their financial pictures have changed dramatically from when they originally applied back in the fall or the early winter,” Elizabeth Heaton, a vice president of college consulting for Bright Horizons’ College Coach, told “Marketplace” host Kai Ryssdal. “For those who are applying for financial aid, they filed those papers back in the fall based on income and their financial picture back in 2018, so you can only imagine how much things have now changed for them.”

Heaton said many schools have extended decision deadlines and are working with students whose circumstances have changed, but it may not be enough time to clear up the uncertainty brought on by the coronavirus crisis.

“I think it’s going to cause some families to maybe do something we advise against, which is double or triple depositing, and that means accepting offers for multiple schools,” Heaton said. “I think it’s injected a lot of uncertainty for both colleges and the families.”

Heaton said coronavirus could have a huge impact on the final decisions students ultimately make — such as more of them choosing public schools closer to home over expensive private schools near the epicenter of the coronavirus crisis.

“We’re already seeing that,” she said.

With campuses shut down, some mainstays of the college admissions process that have traditionally benefited more affluent students, like campus visits, could go out of vogue for a while.

“That might, might, benefit those kids who couldn’t afford to go to campus anyway, but they still need to understand that they may have to reach out, and if you haven’t been raised to think that that’s something you can do, or if you and your family is new to the college process, you may not even realize that that’s an option available to you,” Heaton said.

Long term, Heaton said what’s happening now could shape the way students and their families make decisions about higher education in the future, like putting more emphasis on schools’ online education offerings and less on campus amenities like fancy gyms and climbing walls.

“It’s hard to imagine how they could come out of this and not look at things differently,” she said.