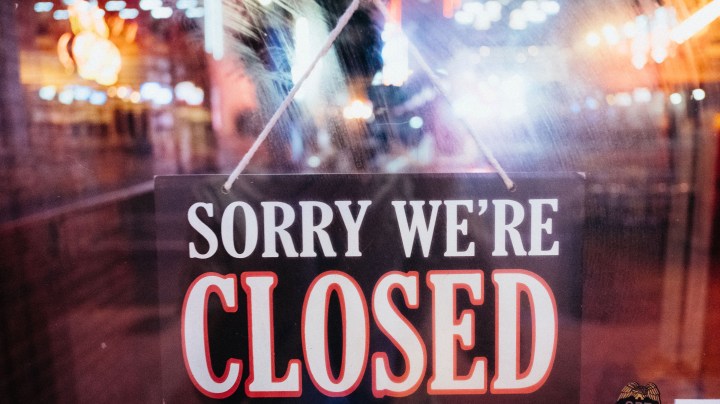 On the ground, there is some confusion about the government’s $350 billion in loans to get smaller businesses through the COVID-19 downturn.

Banks are unsure about the rules and the risks. Many small businesses are bewildered.

Amanda Ballantyne, executive director of one of the national small businesses advocacy groups, Main Street Alliance, says the federal government has made things too complex.

“Where we actually needed something very simple to support small businesses,” Ballantyne told “Marketplace Morning Report” host David Brancaccio. “And now small businesses themselves and, frankly, banks, and also the SBA, are really struggling to get enough information and clarity out there about this program and to make sure the program works effectively.”

The following is a transcript of their conversation.

David Brancaccio: So what are you hearing from members in terms of those who’ve tried to get into the system, tried to sign up for a loan?

Amanda Ballantyne: Well, it’s confusing, and there’s a lot of frustration and, I think, uncertainty. Many of our members have expressed concern before applying for the loans about whether the loans were the right product for them, but also really felt a sense of urgency to get in line to get the money because they were afraid it would run out. Those business owners who have successfully gotten applications in have had a lot of confusion. I would say business owners have heard very different things from different banks about who’s eligible and what the requirements are.

Brancaccio: And some small businesses may not have the cash flow problem today and tomorrow, but still might want to get in the system, in case they need it in a few more days. You have to use the the Paycheck Protection Program money in a certain window. You can’t wait forever to use it.

Ballantyne: That’s right. And I think there’s also some confusion among the banks about when those loans have to close and when they can be used by. I think the problem is that when the loan was designed, I think it was designed before people in Washington really understood how long this crisis might last. So it’s also not clear, you know, whether business owners should just call their workers back from layoff right now, and then lay them off again in eight weeks if they continue to have to maintain business closure, or if they can wait a couple months and hire their workers back when the economy is ready to open again.

Brancaccio: In parts of Europe, it’s a different structure altogether for the government helping to keep people on small business payrolls. They’re giving money right to businesses so that the money can keep flowing.

Ballantyne: And that’s a model that we’ve raised with many, many of our federal legislators around the country. We think it’s the right way to approach the problem. What you need right now is to create security, both for small businesses and for workers, so that they can focus on their health. What the PPP does is create a lot of risk and uncertainty, which is unnecessary. It involves, you know, thousands of banks, which is another administrative layer.

Main Street Alliance has really advocated that we look at the type of program that Rep. [Pramila] Jayapal, [D-Wash.,] has created in a new bill, the Paycheck Guarantee Act, and also that [Republican Sen. Josh Hawley] has created. Both of those programs are looking at what Europe is doing, and money would go straight to businesses, and businesses would have to prove that they’re using the money correctly to show that they used it on payrolls, to show that they used it on rent — other types of fixed costs that are covered by the program. That would, I think, alleviate a lot of the administrative burden that businesses are experiencing. Of course, you have many, many business owners who just don’t have close relationships with 7(a) approved lenders. So this type of program that Rep. Jayapal is suggesting would also avoid some of the disparities that will result from using the banking institutions to provide this short-term relief.

Brancaccio: What you’re referencing is businesses have to borrow from a subset of banks that are accredited to do this, and some may have ongoing deep relationships with those banks, but some businesses may not.

Ballantyne: That’s right. Millions of businesses do not have relationships with those banks. And what we’re seeing is a level of uncertainty from the banks themselves that the loan fund isn’t adequately capitalized. There’s nervousness among the banks about, you know, giving out too many applications. And, in fact, we’ve seen major banks, like Bank of America, actually refuse to provide those loans to anyone who wasn’t already a customer. So we’re already starting to have unevenness in access and eligibility, and there’s just no question that there will be racial disparities in access to the Paycheck Protection loans.