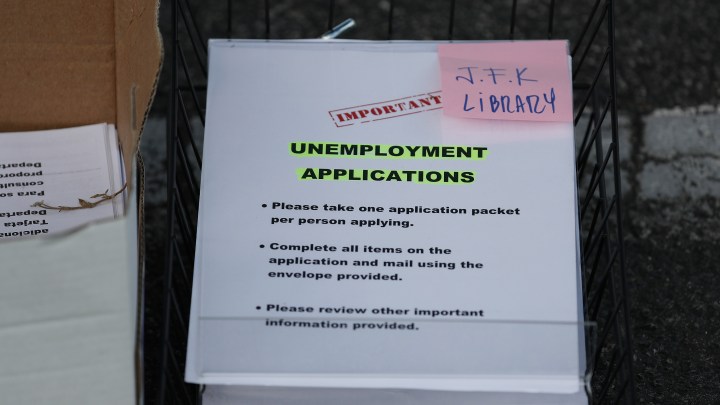 With a startling 6.6 million people seeking jobless benefits last week, the United States has reached a grim landmark — roughly 10% of workers have lost their jobs in just the past three weeks. It’s the largest and fastest string of job losses on record (to 1948).

California, New York, Michigan and Florida had the highest number of claims. And the actual number of Americans out of work or nearly so is almost surely higher. The volume of new claims for state unemployment benefits gives us a rough sense of the scale of job losses across the country.

One thing we do know about the number who have applied for unemployment insurance claims “is that it is less than the number of people who are out of work because of the virus,” said former Labor Department chief economist Heidi Shierholz.

For one thing, each state has different eligibility rules for claiming unemployment. Some make it hard to qualify if you didn’t work long enough or make enough in your previous job.

Until last week, most states weren’t accepting unemployment claims from people who don’t have traditional employers: gig workers, freelancers and the self-employed.

“So that includes anyone who is an independent contractor. They’re just like everyone else, seeing demand for their services totally bottom out,” Shierholz said.

The Pandemic Unemployment Assistance program recently passed by Congress does extend benefits to these workers. We should see them surging into state unemployment systems in coming weeks.