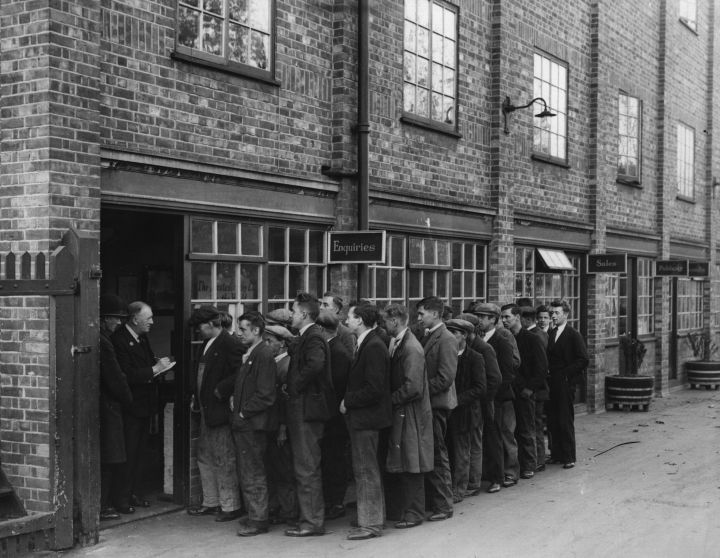 COPY
Workers lining up for jobs circa 1950. Hulton Archive/Getty Images

Another week’s worth of data reporting initial unemployment claims will be released this Thursday morning. Last week, the Department of Labor reported that the number of initial unemployment claims jumped to 281,000. That’s a steep rise from the near historic low of 211,000 the previous week. “Marketplace” host Kai Ryssdal spoke to Tara Sinclair, an economics professor at George Washington University, about what she’ll be looking for in Thursday’s data.

Sinclair previously told “Marketplace” that weekly unemployment claims serves as “a measure of worker confidence in the economy,” because only people who think they won’t be finding a job soon take the time to file for unemployment insurance.

“If we’re believing some of the forecasts coming out from a lot of the banks, we might see numbers in the multiple millions,” Sinclair said.

“That means a lot of people under a lot of stress, both from the unemployment offices as well as those individuals desperately trying to claim the benefits they need to feed their families and pay the rent next month.”