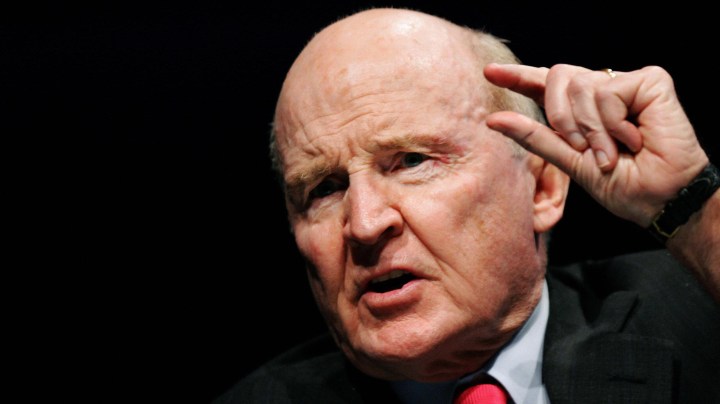 COPY
Welch led General Electric through two decades of massive growth and transformation, but wasn’t without his critics. Thomas Lohnes/DDP/AFP via Getty Images

Jack Welch, one of the most iconic executives in American history, has died at 84 of kidney failure according to his wife, Suzy. Welch led General Electric through two decades of massive growth and transformation, but wasn’t without his critics.

Welch was born in Peabody, Massachusetts, the son of a railroad conductor. He started at GE in 1960 as a chemical engineer and by 1981 had taken the reins as chief executive.

Welch led the company for two decades, during which GE’s market value soared from $12 billion to $410 billion.

“Today is a sad day for the entire GE family,” GE chairman and CEO H. Lawrence Culp Jr. said in a statement. “Jack was larger than life and the heart of GE for half a century. He reshaped the face of our company and the business world.”

Fortune magazine named Welch the “Manager of the Century” in 1999, but he was also nicknamed “Neutron Jack” for his blunt management style and penchant for job cuts. Welch cut more than 100,000 jobs in his first five years at the helm of GE operating under the philosophy, “fix it, close it or sell it.”

Welch retired from GE in September 2001, days before 9/11. He received a record severance payment of $417 million. After his departure, the fortune of the once most valuable company in the world turned south.

GE’s size became a liability and the company shed industries in favor of a more focused approach. 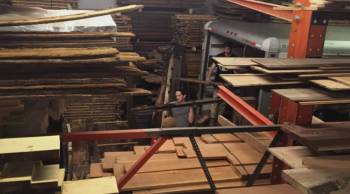 Reclaiming wood from an unexpected place