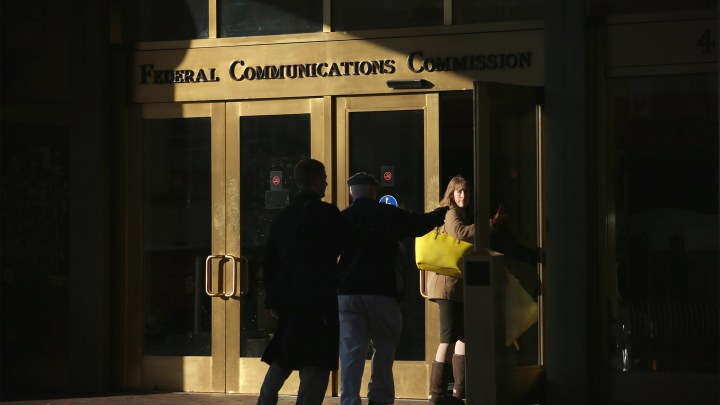 At a public meeting today, the The Federal Communications Commission said the country’s top cell phone carriers — AT&T, Verizon, Sprint and T-Mobile — would be fined $200 million after officials found they were selling customer’s real-time location data.

“$200 million is a lot to you, it’s a lot to me, but it’s nothing to AT&T,” said Siva Vaidhyanathan, a professor of media studies at the University of Virginia. “It’s the kind of fine that will take them days or weeks to make back in profits.”

If these fines are just a drop in the bucket to these huge companies, why does the FCC do anything at all? Vaidhyanathan said the agency has to enforce the law.

“The FCC gets to have it both ways here,” Vaidhyanathan said. “It gets to appear like it is taking some action against a company that has flouted its authority at the same time it manages not to hurt these companies in any serious way.”

Location data from your cell phone is valuable because it’s basically always available and includes almost every American with a cell phone.

“We’ve got to make sure these fines are large enough to be a deterrent,” Rosenworcel said. “The digital world brings all sorts of possibilities for commercial surveillance and in this case, they were violating the law.”

She said the FCC kept consumers in the dark for nearly two years after the agency learned that wireless carriers were still selling location data.

“These fines are not as big as they need to be and we took too long to do this, so I would say it’s a day late and a dollar short,” she said.

The companies can also argue they aren’t liable or should pay less. It’s ultimately up to the Justice Department to collect any penalties.