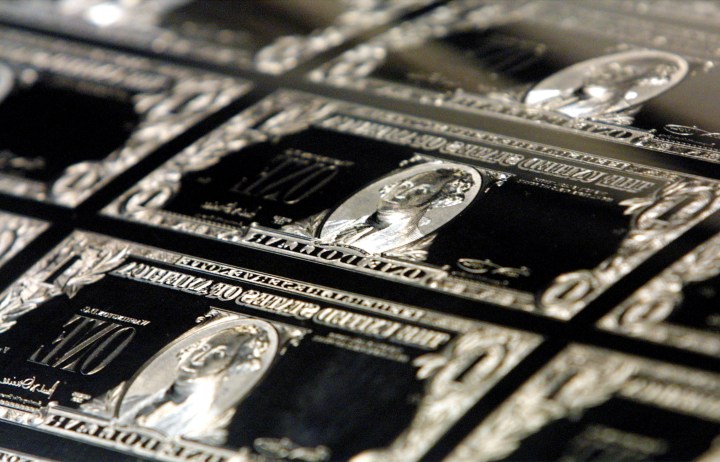 Angie, a survivor of domestic violence, says it can be really frustrating to talk with people about her experience.

Angie, whose last name is withheld to protect her privacy, features in the latest episode of “This Is Uncomfortable.”

“You know, nobody says ‘Why is he doing it?’ But why? ‘Why doesn’t she just leave?’ Because it’s not that simple,” she said. “It’s never that simple.”

Angie tried to leave her husband more than a dozen times after he assaulted her and her children, but his hidden financial abuse made that impossible. She had no control over her money and nowhere to go.

“If [an abuser] can control that, through overt or covert behavior, they’ve got a lot of control over that relationship,” she said.

In researching this week’s episode of “This Is Uncomfortable,” host Reema Khrais spoke with Thomas about what financial abuse looks like, and how survivors can recover from it. Here are six central takeaways.

So common as to be invisible. According to the National Network to End Domestic Violence, virtually all domestic violence cases come with some form of financial abuse. According to one 2014 study, however, 78% of Americans did not consider the two connected.

There are financial ripple effects from abuse. The NNEDV says approximately half of sexual assault survivors end up losing or leaving their jobs. According to the same organization, a survivor of abuse, on average, will lose between $1,017 and $2,665 per incident on health care, lost income and other costs.

Financial abuse isn’t always paired with physical or emotional abuse. In writing her book, Thomas worked through her own financial abuse at the hands of her mother, who struggled with mental illness and drug addiction.

“I would go out and work and money would come home and it would go missing. There would be lots and lots of pressure to spend money on things not like rent, not like food, not like utilities,” she said.

It’s not always about who is making the money

There’s a wide range of behaviors that qualify as financial abuse, like taking out a credit card in someone else’s name, or skipping out on child support obligations.

While financial abuse can emerge from “institutionalized sexist and biased beliefs,” Thomas found in her research that gender, socioeconomic status and other demographic differences didn’t determine who experiences financial abuse. It also doesn’t matter who the breadwinner is.

“There’s a wide range between the more covert, which is like the pressure of putting a lot on somebody to bring in all of the money, to the very traditional, you know, holding all the purse strings. And everything in between,” Thomas said.

It doesn’t start right away

Financial abuse happens slowly, Thomas said, usually after the first year of a relationship, at the earliest.

“You go out with somebody and in the first month or two, they start trying to control your finances. Well, clearly, that’s going to be a huge red flag, right?” she said. “If every time you go out, they’re not able to take care of themselves, then clearly something’s up with the way they manage money.”

Instead, she said, financial abuse will not manifest until the relationship is more long-term, and committed.

But there are some warning signs. Psychological abusers will generally try to accelerate that relationship. Jumping into serious relationships quickly could be a red flag.

“They are fast, they are furious, and what they’re trying to do is get in quick, get what we call the ‘trauma bond’ going,” Thomas said. That’s the start of an abusive cycle, where the abuser will try to break down their partner’s strengths.

And abusers really are looking for someone with a lot of strengths, Thomas added.

“It’s a stereotype that abusers go after ‘easy targets’ or targets that they would consider ‘weak,'” Thomas said. “They don’t. Psychological abusers will specifically target someone that they see as having strengths [that] make them somehow feel good being partnered with that person. And then they go after those exact strengths to break them down.”

If someone in your life who typically excelled at work is struggling after entering a new relationship, that’s a big red flag, Thomas said.

As Angie found out, escaping an abusive relationship isn’t always as simple as jumping in the car and driving off.

In researching her book, Thomas said she heard of cases where someone confronted their abuser only to find all their money gone. In another, the abuser threatened to come to their partner’s office and take the car away.

Although every case is different, Thomas generally recommends covertly moving some money to a separate account and meeting with a lawyer to prepare an exit plan.

“There’s a lot of steps that need to be taken, but they can get done very quickly,” she said. “It’s just a matter of being a little bit more methodical than we would be if financial abuse wasn’t a component.”

It’s important to envision the way life could change after leaving an abusive relationship, Thomas said, and take charge of preparing for those changes. She’s advised clients to do volunteer work, work on their resumes and stash away gift cards where they can. Preparation can be as simple as learning how to turn on the electricity in a new place, Thomas said, and that research can be therapeutic.

Recovery is a long process

Of all the hidden abuses, Thomas says financial abuse can take the longest to recover from.

Often the survivor is not only starting from scratch financially or repairing their credit, but also “deprogramming” from fears and patterns that formed when they were in the abusive relationship.

In confronting those ways of thinking, Thomas sometimes has her clients write down moments when they were abused. That’s because unlike physical violence, instances of psychological and financial abuse can be hard to pin down and remember.

Some survivors of abuse will have lost their sense of self-worth. Thomas sometimes assigns them to go out and buy something frivolous, just for themselves, as “homework.” Some survivors find it really hard to do, but ultimately empowering and healing, she said.

It’s also important to celebrate small milestones, Thomas said, and embrace the new opportunities that come from being away from an abusive relationship.

“That’s really what propels their recovery,” she said. “It’s just nice not to wake up every day with someone who’s trying to damage your life.”