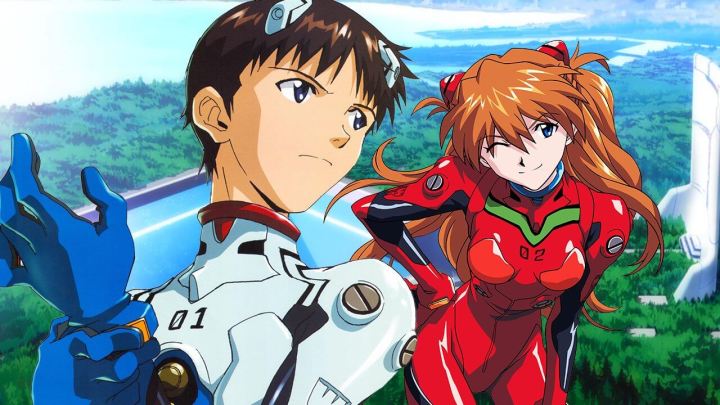 Most nights in Brooklyn, sixteen-year-old Taj John is watching Japanese animated shows and movies. He’s been a fan since he was five.

“One of the main reasons I got into anime is you see these main characters that you can kind of relate to,” John said.

John loves the characters’ nuance and the ethical questions some of the shows raise. Take the show “Neon Genesis Evangelion,” an anime classic streaming on Netflix. It’s filled with stormy post-apocalyptic skies and features a teenage boy, Shinji Ikari, fighting against monsters who are attacking Tokyo, but it’s also a tale of battling loneliness and navigating a strained father-son relationship.

“There are definitely anime shows that put up ‘Game of Thrones’-style numbers,” said Mike Toole, editor-at-large for Anime News Network. Anime has a loyal global audience, which is why streaming services like Netflix, HBO Max and Disney Plus have been quietly investing in it as a way to tap into a young international audience that will stay engaged for a long time.

“We see audience for anime in every single country we operate in.”

“Anime is, I would say, one of the most dispersed global phenomenons there is,” said John Derderian, Netflix’s head of content in Japan. “I mean, really, we see audience for anime in every single country we operate in.”

HBO Max recently signed a landmark anime deal with Japan’s Oscar-winning Studio Ghibli. Hulu agreed a deal last year with anime powerhouse Funimation, creator of shows like “My Hero Academia,” a popular series about a boy without superpowers who tries to be a superhero.

Meanwhile, Netflix is premiering two original anime series just this month, as well as a much-awaited new version of the movie “Ghost In The Shell,” which takes place in Tokyo after the collapse of global capitalism.

On top of catering to an existing audience, Netflix is also hoping to convert subscribers. It’s relying on a strategy it knows inside out: the algorithm.

“We like to call it ‘the anime fan who doesn’t know they are an anime fan’,” Derderian said. “Say we see someone who is a big sci-fi fan. If we can suggest to them ‘Ghost In The Shell,’ or ‘Evangelion,’ they might like that.”

While Netflix is growing internationally, some analysts are concerned about how much money it’s been spending.

“Anime is proof that they’re gonna try everything until they figure out what works,” said Michael Pachter, an analyst with Wedbush Securities. “The right question, and no one seems to be asking this, is ‘Is Netflix gonna spend more and green-light even more stuff, because they’re desperate?'”

“More stuff” doesn’t sound bad at all to Taj John, back in Brooklyn. In fact, as he prepares to plan for college, he’s been thinking about studying animation.