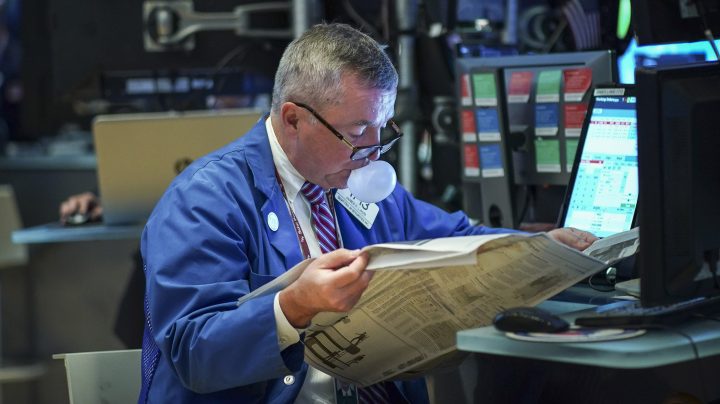 Why sometimes big news does not move the stock market

Why sometimes big news does not move the stock market

When the U.S. and China agreed on phase one of a trade deal back in December — an announcement you might think would mean a banner day for Wall Street — the S&P 500 and the Dow Jones Industrial Average ended the day relatively flat. The reason why might have something to do with what had already been “priced in.” Why does the market react to some news but not everything?

“When the eventual outcome is obvious, or easy to anticipate, then when it actually happens, the market doesn’t react,” said Avanidhar Subrahmanyam, a professor of finance at UCLA.

In the case of the U.S.-China trade deal, it was widely assumed that some kind of agreement would be worked out before the official announcement.

“The China tariff war has been going on for a while,” Subrahmanyam said. “So financial markets and analysts have had time to analyze the situation, and in some sense, assess what kind of progress they were making.”

On the other hand, “when the eventual outcome is hard to anticipate and comes as a surprise, the market does react,” Subrahmanyam said.

Last Friday, the S&P 500 dropped seven-tenths of a percent (its biggest decline in a month) on news that U.S. forces killed a top Iranian general, then rallied back up on Monday.

“What happened over the holiday break was to some extent a surprise, so it’s not surprising that the financial markets are still trying to assess what the implications of this action are,” Subrahmanyam said.

“You can think of the stock market is a giant voting machine, where individual traders can go and cast their votes for what the stock is worth,” said Paul Pfleiderer, a professor of finance at Stanford’s Graduate School of Business. “At the end of the day, proverbially speaking, it turns out that the market, at least in a loose way, reflects the consensus opinion of all those that are voting in the market.”