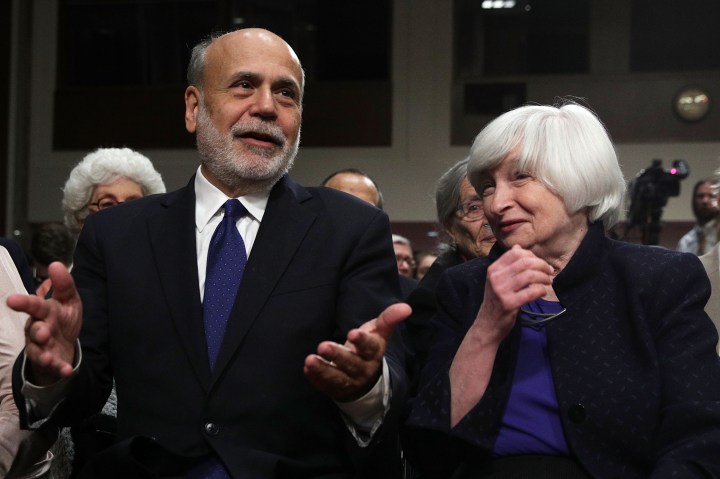 COPY
Janet Yellen and Ben Bernanke have both served as Federal Reserve Board Chairs during the Obama Administration. Yellen will also soon replace Bernanke as the President of the American Economic Association. Alex Wong/Getty Images

Janet Yellen and Ben Bernanke have both served as Federal Reserve Board Chairs during the Obama Administration. Yellen will also soon replace Bernanke as the President of the American Economic Association. Alex Wong/Getty Images
Listen Now

Thousands of economists attended last weekend’s annual meeting of the American Economic Association. The association has come under fire in the past for the attitude of the field to women and minorities. This year, many panels on sexism and racism in economics were on the agenda, and the event banned the conducting of job interviews in hotel rooms.

While these developments might indicate progress, many economists recognize that addressing inequality isn’t a quick fix. Ben Bernanke, outgoing association president, and Janet Yellen, his successor, spoke about long-term strategies to improve diversity and crack down on harassment.

Jeanna Smialek, who reported on this aspect of the meeting for the New York Times, joined “Marketplace” host Kai Ryssdal to talk about how the country’s top economists are grappling with reform.

“This diversity of backgrounds, and diversity of opinions, is really important and enhances the field as a whole,” Smialek said.