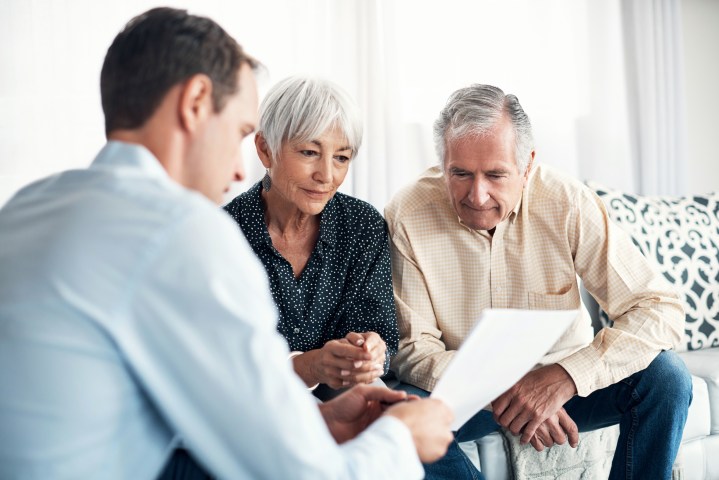 With the start of this New Year come, along with many other things, changes to how Americans can save for retirement.

Just before Christmas — when you may or may not have been paying attention — Congress passed a massive spending bill, which President Donald Trump signed into law. Attached to that bill was the SECURE Act, which is about, as it spells out in its name, “Setting Every Community Up for Retirement Enhancement.” It goes into effect Jan. 1.

Among the changes in the new law: it bumps up the age at which people have to start taking required minimum distributions from their retirement accounts from 70 ½ to 72, and allows people to continue contributing to their retirement past 70 ½, too, as long as they’re working. It allows small businesses to join together to offer their employees access to a retirement plan, like a 401(k). It makes many part-time employees eligible to contribute to employer-sponsored retirement plans. And it gets rid of so-called stretch IRAs, by requiring anyone who inherits an IRAs, other than a spouse or a minor child, to withdraw all funds from that account within 10 years, instead of stretching those withdrawals out over the course of a lifetime.

Even with all those changes, “the SECURE Act is not that dramatic,” said Kent Smetters, a professor of business economics and public policy at the University of Pennsylvania’s Wharton School. In part, he said, because most of the changes are relatively small, and in part because it’s “much more focused on higher income households.” Rather than lower income households who are generally struggling more to save for retirement.

Most of the changes that Steven Podnos, a Certified Financial Planner in Central Florida, considers good changes he also considers to be relatively minor. Like allowing people to keep contributing to retirement accounts past the age of 70 ½. “That’s a minor plus, it’s not going to be a major impact for most people,” he said.

Likewise with the raising of the age at which people need to start taking required minimum distributions from their retirement accounts. “If somebody’s working up to their early 70s, this is a good thing for them,” Podnos said. “It’s not a major impact, but it’s a plus. No minus to that because it’s strictly optional.”

There is one big minus in the SECURE Act, according to Smetters, and that’s the provision that opens the door for different types of annuities — namely variable annuities — to be included within employer-sponsored 401(k)s.

“That is, in my opinion, a negative,” Smetters said. Not only are variable annuities expensive and hard for most consumers to understand, but in practice, “they typically are not providing true lifetime income,” he said. “The type of annuities that economists like, including myself … is what’s called fixed annuities, or true lifetime income annuities. And those were already allowed in 401(k) plans. This is just going to open up a door to considerable abuse.”

Podnos agrees. “The insurance companies lobbied Congress to allow annuities to be used inside these plans,” he said. Now that the law has changed, he added, “a tremendous amount of money out there … just got opened up to insurance companies and their expensive crappy products.”

Ultimately, though there is plenty of incremental good in the new law for certain Americans, particularly those who are higher income, “that is what is going to be the main result of the SECURE Act, is the presence of variable annuities inside retirement plans,” Smetters said. “And I think that’s a big negative.”