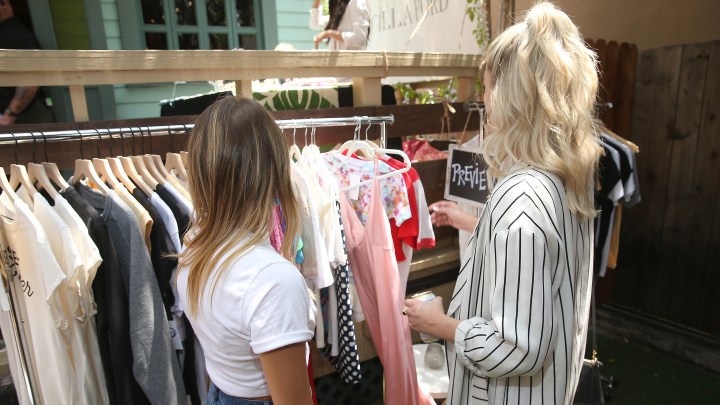 By now the dust has settled on the holiday gift extravaganza, which means it’s time to figure out what to do with all those presents that didn’t quite hit the mark.

United Parcel Service predicts it will handle a record-breaking number of return packages this holiday season. Other items might be stashed away in a corner awaiting spring cleaning, but many young consumers are taking a different approach: reselling those gifts for cash.

A recent survey from resale marketplace Mercari found 30% of Generation Z, the oldest of whom are in their teens and early 20s, planned to resell unwanted gifts.

Nellie Farrow, a 22-year old in Los Angeles is among them. She said her mom’s many efforts to gift her clothing often don’t work out.

“She doesn’t really understand my style. We have very different styles. So usually I won’t like it,” she said, but she knows someone else might. So she posts the items for sale on the app Depop.

“What we’ve seen is thrifting as a concept has really become normalized,” said Jason Dorsey, the author of “Z-conomy: How Gen Z Will Change the Future of Business.” He said that generation’s thriftiness is part a reaction to growing up in the Great Recession.

“I think there’s this acceptance now that I’m being smart and not being cheap,” he said.

That’s even if it might hurt somebody’s feelings once in a while.