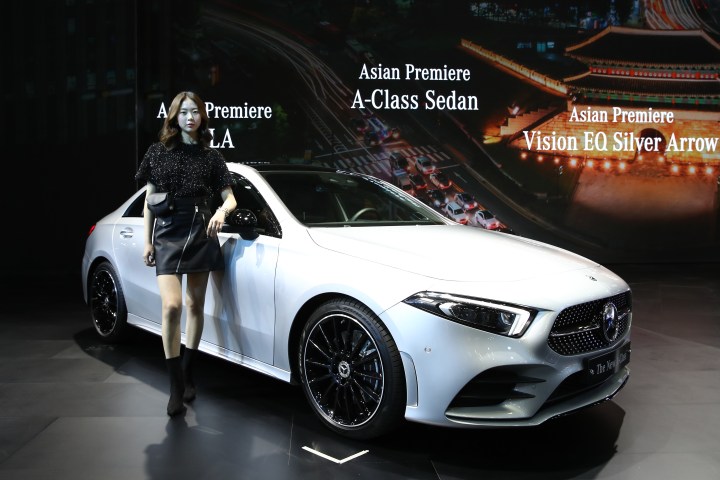 COPY
A model poses next to a Mercedes-Benz New A Class at the Seoul Motor Show 2019 at KINTEX on March 28, 2019 in Goyang, South Korea. (Photo by Chung Sung-Jun/Getty Images)

A model poses next to a Mercedes-Benz New A Class at the Seoul Motor Show 2019 at KINTEX on March 28, 2019 in Goyang, South Korea. (Photo by Chung Sung-Jun/Getty Images)
Listen Now

Daimler, the owner of Mercedes-Benz, is cutting at least 10,000 jobs as it aggressively makes a shift toward electric car production. The news comes on the heels of German rival carmaker, Audi, announcing a similar job cut for similar reasons.

“We seem to be close to an inflection point in terms of demand in production for electric vehicles and I think the automobile companies are looking ahead to that and they’re starting to make fairly aggressive investments,” said Charles Hill, professor of management at the University of Washington.

There are two factors at play in auto companies cutting jobs.

One: Demand is softening–especially in China.

The latter means changes in the workforce. Electric cars have fewer parts and require fewer workers to assemble.

“The foundations of electrification and electric powertrain are far simpler than the complexities of internal combustion engines,” said Bryan Reimer, a research scientist at MIT.

“A lot of the legacy components aren’t going to be so prevalent down the road.”