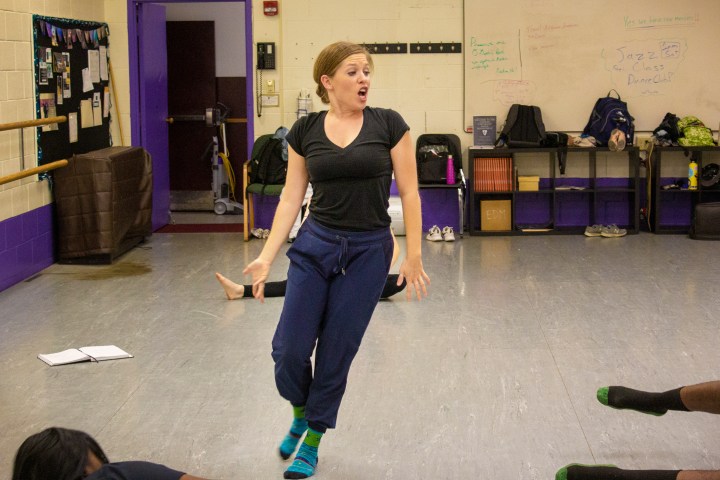 Would you pitch in to pay off your neighbor’s credit card debt? What if they promised to help pay off yours someday?

That’s the question Caroline Butcher was faced with this January. Butcher, an aspiring dancer, racked up over $4,000 in credit card debt after an injury. For years, it hung over her. But her church seemed to be offering a way out.

Butcher is now one of more than 20 people that Circle of Hope Church in Philadelphia has helped to collectively pay off credit card debt. According to church officials, the church has helped its members pay off over $100,000 in consumer debt in the last decade. The secret, they say, lies in treating credit card debt as a community problem rather than an individual one.

“Jesus says you can’t serve both God and money, so we’re choosing to serve God,” said Pastor Jonny Rashid. “We want to help people get free from the bondage they have in consumer debt.”

In 2009, the church developed a system to help between three and five church members pool money to pay off their credit cards. They named it the “Debt Annihilation Team.”

“Our inspirational verse is ‘Do not owe anything to anyone except for love,'” said Marguerite McDonald, a Debt Annihilation Team leader. “Loving one another, in part, is paying off each other’s debt.”

The system is designed to pay off cards in interest rate order.

First, the church lends the group about $10,000 interest-free. That money completely pays off one or two cards. Then everyone pools money each month to pay off everyone else’s remaining debt. Group members all pay to a single card, each month, until it’s paid off. Then another, and another. Until everyone is debt-free.

Then people make monthly payments to the church for the money it loaned. Ultimately, the cards get paid off quickly and people save hundreds of dollars in interest.

“Honestly, I was like, all right, what’s the hook? Because this is too crazy,” said Butcher, the dancer who ended up over $4,000 in debt. “You’re going to write a check to my credit card from the church? Who does that?”

For more on “Sabbath Economics” and Butcher’s story, listen to the latest episode of “This Is Uncomfortable.”

The Circle of Hope group has a few rules to participate: you must be a church member, you must refrain from further use of your credit card and you must attend mandatory monthly meetings.

When Butcher joined the group, she learned she’d be first in line to have her debt paid off. The church would pay it off completely.

“I remember seeing it on my computer screen, on my online banking, and it felt like a second chance,” said Butcher.

Since then, she’s been making the same monthly payments, about $130, but to someone else in the group. A guy who came in with $10,000 debt on two credit cards.

“[Which means] typing in his account number to a different bank, his name is on it, but my money’s going to him,” Butcher said. “That kind of grounded me, that this is what community is. Helping each other because we’re being helped by the church.”

Nothing about the church’s system is legally binding. Butcher could, at any point, walk away from the group (something which has happened in the past). The whole system relies on trust that she — and others — won’t.

At monthly dinners, members also hold each other accountable to making budgets and not using credit cards.

These dinners make the practice of paying off debt and living within your means a social ritual rather than a personal act. According to Butcher, it’s changed how she thinks.

“Any sort of group that you’re in is going to help change your mindset from a ‘me’ to an ‘us,'” she said. “When I first joined it was like, ‘My debt, and my failures, and my shortcomings.’ But being a part of this community is turning my focus outward a little bit. “

By January 2020, her group should pay off the final member’s debt. Then they’ll pay back the church for the money it used to pay off the debts of Butcher and another member.

Caroline will then be debt-free. Far more quickly than she might have been on her own.