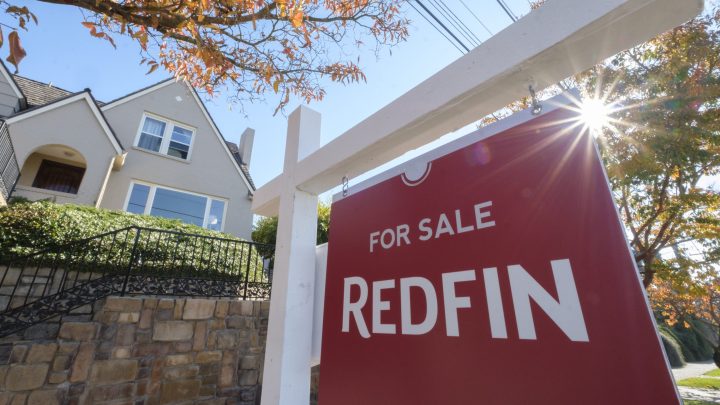 COPY
The contingencies allow prospective home buyers to back out of a sale. Stephen Brashear/Getty Images for Redfin
Kai Explains

The contingencies allow prospective home buyers to back out of a sale. Stephen Brashear/Getty Images for Redfin
Listen Now

Look, the economy is complicated and it moves fast. News breaks and headlines don’t always tell the whole story. That’s why we’re launching a new series where we take it back to the basics. It’s called “Kai Explains.” This installment touches on something most Americans have — household debt.

Household debt is rising in the United States. According to the New York Federal Reserve, Americans owe $13.86 trillion in household debt, slightly higher than the total amount right before the 2008 financial crisis.

Why does that matter?

According to Melanie Long, assistant professor of economics at the College of Wooster, households with a lot of debt can be vulnerable to a changing economic circumstances.

“Households that have have high levels of debt and that are already perhaps struggling to pay that debt back may no longer be able to meet those repayment obligations in the case of those unexpected expenses,” Long said.

Things you should know:

What exactly is household debt? (Statistics as of the second quarter of 2019.)

When borrowers have a lot of debt, more of their income is spent on repayments and interest collected, which means less money stimulating the economy.

“Consumers certainly matter a lot,” said Steven Fazzari, professor of economics at Washington University in St. Louis, Missouri. “My way of thinking is [consumer spending makes up] at least 70% of the economy.”

Consumer spending was strong throughout 2019. But a report released Tuesday by the Conference Board showed consumer confidence down nine points in September, signaling Americans may be worried about the economy.

This level of consumer debt is manageable, for now

With a strong job market and continued economic growth, the debt is indicative of a strong economy. But if the economy does shift, that could change.

After mortgages, Americans owe more in student loans than all other debts. This concerns Fazzari because it slows the ability of younger borrowers to buy new homes and participate in other spending habits that help fuel the economy.

“If things start to slow down in other parts the economy, that’s going to slow the growth of incomes,” Fazzari said. “And we’ll probably see a fall of consumer confidence and some decline in consumer spending.”