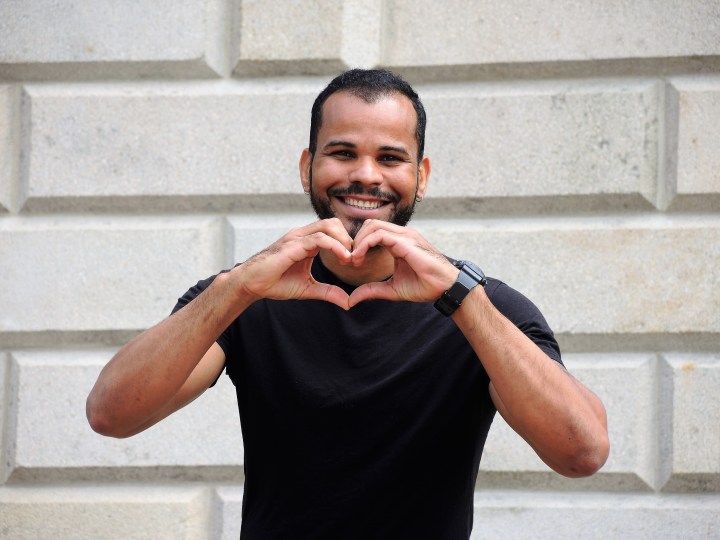 Sweden is regarded as one of Europe’s most welcoming countries for refugees and migrants.

In five years, Scandinavia’s largest economy has accepted more than 400,000 asylum seekers and relatives of previous immigrants, many of whom were fleeing war zones.

However, the influx of immigrants has placed extra pressure on social services and led people to question the sustainability of Sweden’s cradle-to-grave social insurance model.

Straddling the border with Denmark, Malmö has welcomed many migrants in Sweden. We asked some people in the city for their thoughts on immigration.

“Much of the money that we pay in taxes, we give back to people who need it. So there aren’t too many differences between the rich and poor. But I feel like the Swedish people tend to not be as helpful [now] as we have been though history. I don’t want my son to grow up and see that because of where you come from, you can’t do certain things in life. I want him to feel like every human being is equal.”

“We try to give people who come here a good life because there are many who came from war zones. But some of them have to help themselves, as well. Many do, but some don’t want to learn the language and get into the Swedish life. You have to do your best to learn, not just to get everything for free. Also, if we take too many [immigrants] at the same time, it’s hard to take care of everybody. We are a small country, we do our best, but it’s not that easy.”

“I came to Sweden two years ago to teach capoeira, which is a type of martial art. But it’s difficult to get a job or set up a business. I’ve had a lot of help from the state. For families and kids, it’s an amazing country to live in. When you have a baby, they give you money to pay for bread, milk and diapers. But I don’t feel part of Sweden yet. I’m frustrated. The language is very hard. I learned English and Spanish by myself, but they way they teach Swedish is very difficult. People are polite, but I feel they don’t understand that immigrants come to look for a better life. I’ve even started to hate it here.”

Occupation: Helper at a middle school

Views: I study, I work and I feel the same as every other person in Sweden. Swedes are good people. But I still don’t feel like I belong in this country. It feels better when you are in your own country. The first question people ask me is always: where do you come from? Or: where are your parents from? America was made by immigrants. But here, the Swedish people have been here for hundreds or thousands of years, and even if you want to call yourself a Swede, people say no, you don’t look Swedish, you are not Swedish.