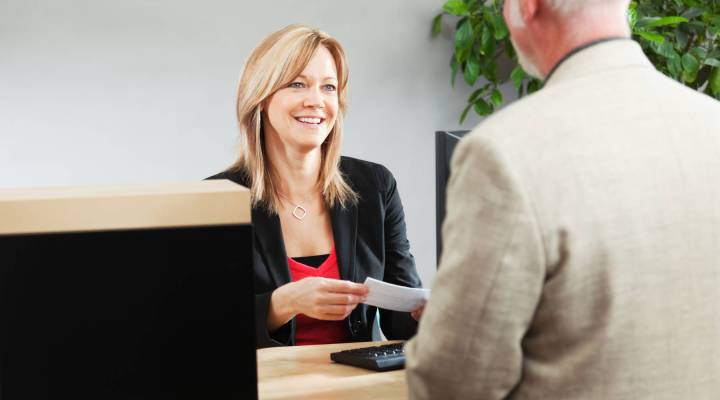 COPY
The competition for workers is getting fierce.  YinYang/Getty Images

The competition for workers is getting fierce.  YinYang/Getty Images
Listen Now

Bank of America is raising its starting pay to $20 an hour over a two-year period, starting with a hike next month. The company said it will raise its minimum hourly wage to $17 on May 1 and will continue to increase it until it reaches $20 an hour in 2021.

Across the industry, bank tellers are making more. Job site Glassdoor.com says tellers are earning 6.2% more than a year ago.

“Bank tellers are not just distributing cash or things that an ATM could do,” said Daniel Zhao, an economist and data scientist at Glassdoor. “Banks are realizing that they actually do need tellers, they do need humans to interact with their customers.”

In boosting pay, Bank of America is setting a high bar — higher than big-box retailers like Target, which recently boosted its own minimum wage to $13 an hour, and far in excess of the federal minimum wage, which is $7.25.

Ten years into the economic recovery, competition for workers is fierce.

“There are fewer and fewer unemployed workers, and workers out of the labor force, who would want work. Employers are needing to increasingly bid up wages,” said Nick Bunker, an economist with Indeed.com.

In a recent survey, Glassdoor found cashier wages were up 5.5% on a year ago and that bartenders were making 13.5% more.

Mike Murray, who pours drinks and manages the front-of-house at a Seattle-area brew pub, graduated college into the Great Recession. He says things have gotten a lot better.

“Back in October 2017, I started out at $12 an hour plus tips. By the middle of last year, I was at $17 an hour plus tips,” Murray said. “There’s more demand for skilled people who’ll stay around, so that gives me a lot of leverage.”

As worker leverage increases, small businesses are on the losing side of the labor-leverage equation, said Anne Petrik at the business advisory firm Vistage.

“We’re hearing a lot of CEOs have challenges even getting people to show up for the first day of employment,” she said.

Employers that can’t pay their workers between $17 and $20 an hour are increasingly offering perks like tuition reimbursement and training to get workers to stick around.