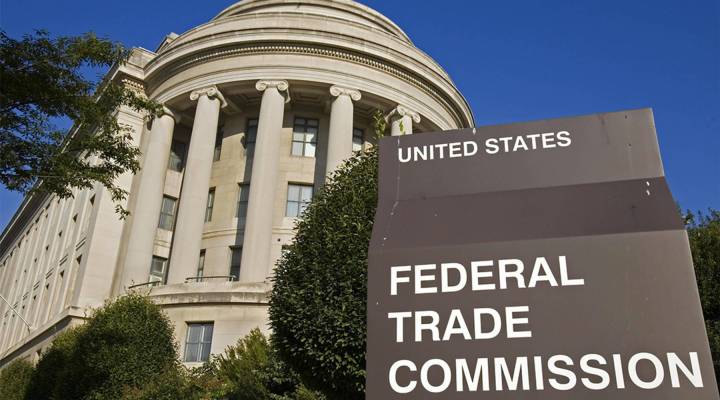 The Federal Trade Commission is the agency that can fine or prosecute tech companies for unfair or anti-competitive consumer practices. The current FTC chair Joseph Simons has said he will set up a task force to address tech issues. But there is one empty chair at the agency: the chief technologist, who is supposed to give advice on tech and policy. The role has existed since 2010, but it’s been empty for about a year, and some critics are worried. Neil Chilson had the job last. He’s now a research fellow at the Charles Koch Institute. Host Molly Wood asked him if he thought the FTC is missing some important tech expertise. The following is an edited transcript of their conversation.

Neil Chilson: The chief technologist has typically been an academic who sticks around for about a year, usually a little bit less than a year, and kind of elevates an issue. FTC cases often span many years, the investigation and then the actual litigation. I don’t think it’s ever been the case that the primary tech expert on any case was the chief technologist. That just hasn’t been the role that they play. When staff needs an expert, they’ll go out and hire somebody who is an expert very specifically on the issue that they’re investigating. I do think the chief technologist role is important, but it’s important in how it serves the chairman’s agenda and how it helps elevate specific issues that the FTC might be dealing with, and less so on the day-to-day litigation.

Molly Wood: The current chairman is considering this tech task force. What do you think is the best approach?

Chilson: I would say that the task force is very focused on competition issues, which is one half of the FTC’s mission. It’s less focused on or may not be focused at all on the consumer protection side. I do think the commission will have to continue to build its expertise and think hard about how it’s going to play a role in the consumer protection side. I know it’s doing that, but this task force is not really focused on that.

Wood: Do you think your old job should be filled, that that should be a priority?

Chilson: That’s really up to the Chairman Simons. I do think that it has a —

Wood: Wait a second, you’re out now. You can give us your opinion. Do you think that’s an important role for the FTC to have?

Chilson: I do think technical expertise is important for the FTC to have. I don’t know that it needs to sit in the chairman’s office. I think if what we’re trying to do is bring smarter, sharper cases, the agency needs tech expertise throughout its bureaus and divisions. A chief technologist could help facilitate that. I know in the past, that has been one of the missions of chief technologist, to highlight areas within the agency that could use more technical expertise. I do think that the chief technologist could help strengthen the FTC’s tech chops, but it isn’t the only way that the agency could achieve that. If the ultimate goal is to get good tech people in to bring cases, they need to be throughout the agency.

Wood: You mentioned the chief technologist often elevates a single issue. Can you tell us what yours was?

Chilson: My big focus was on informational injury. This is the question of how do we assess, measure and analyze the types of injury that happen to consumers from data security incidents or privacy incidents. This is a tough question because people don’t always agree on what injury is. There’s a lot of different definitions. Even when people do agree, it can be challenging to measure certain types of injury. In my role as chief technologist, I helped put together an informational injury workshop that brought in experts from the legal academy, the economic academy and the technical academy and put them together and talked about a lot of these issues.

Wood: You were endeavoring to come up with a framework for measuring harm as a result of privacy intrusions or breaches?

The FTC is reportedly deciding whether Facebook violated a 2011 consent decree with the agency where it promised to be more careful with user data. The agency doesn’t comment on ongoing investigations, but there is potential for billions of dollars in fines.

Another former FTC chief technologist, Ashkan Soltani, tweeted last month that he thought it was short sighted not to have that role filled as the FTC works on technical issues around Facebook and privacy specifically. Some critics have said the tech task force sounds pretty toothless.

But, to be fair, it does sound like the FTC is working on some tougher tech policy. Our friend of the show, Cecilia Kang of the New York Times, wrote last month about how Chairman Simons has actually asked for more power when it comes to regulating tech and privacy. She wrote that he wants to be able to regulate data collection at all companies, not just tech companies. One of his first actions when he took office was to convene hearings on whether the government needs to update its rules around antitrust enforcement and reviewing mergers for the digital age. Simons also asked for more money to help protect consumer privacy.

Late last month, Democrats on the House Energy and Commerce Committee sent a letter asking Simons exactly how the agency might use that money. But considering how much the FTC has been criticized for hitting tech companies with either no fines or pretty tiny fines for bad behavior in the past, Simons latest activities do make it seem like maybe he’s not waiting around for his chief technologist to tell him what to do.