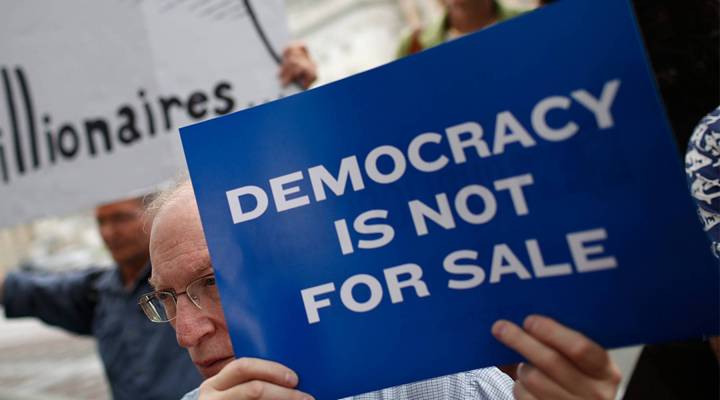 More than a dozen Democrats have announced they are running for president, and one of the early questions for the campaigns is whether they will accept corporate PAC money.  Those are donations that come from political action committees (PACs) linked to businesses or industry groups.

New Jersey Democratic Senator Corey Booker, California Democratic Senator Kamala Harris, New York Democratic Senator Kirsten Gillibrand and many others have been quick to pledge refusal of donations from corporate PACs, even though many of these candidates have taken money from them in the past. And while the pledge can make a powerful talking point at rallies, campaign finance experts say it doesn’t mean that much for a campaign’s bottom line.

“Historically, presidential campaigns are about individual contributions. Corporate PAC money has not been a factor in presidential fundraising,” said Brendan Glavin, senior data analyst at the Campaign Finance Institute. He says that in the 2016 presidential election, for instance: “Hillary Clinton raised about $250,000 from corporate PACs, which represented less than a half of 1 percent of the money she raised.” For then-candidate Donald Trump, it was just $26,000, or about 0.01 percent of his total fundraising.

So why are so many candidates going out of their way to highlight their rejection of corporate PAC money? Branding, says David Rehr, director of the Center for Civic Engagement at George Mason University. Rehr was a lobbyist for years and has run PACs in the past.

“I think all the candidates are making a calculation,” he said. “Is the value of the corporate money I’m going to receive greater than the value of the votes and support I receive from people who are distasteful of corporate PACs?”

Rehr said the focus on corporate PACs, in particular, said a lot about the dynamics of the 2020 campaign. Trade groups, labor unions, non-profits and other associations can have PACs as well. “Many voters don’t like corporations,” he said, “and therefore are suspicious of corporate PACs, when it is probably the cleanest money in politics today, the way it is regulated, and the limits that are put on it.”

Of course, “clean” is a pretty relative term when it comes to money in politics, but Rehr and others make the point that, unlike some other types of campaign funding, corporate PACs usually have strict rules on who can donate to them, how much they can donate and how they can spend the money. Such PACs also have to disclose their donors.

“They’re pretty clear about why they’re giving to candidates,” said Tiffany Muller of the group End Citizens United, which advocates for campaign finance reform. “They actually say in their own materials that they give to the candidates or members of Congress that they believe help their bottom lines.”

Muller is glad to see so many candidates rejecting corporate PACs — it’s the less restricted forms of money that really concern her. Like funding from super PACs, which cannot donate directly to a candidate, but can raise and spend unlimited money to support one. “What we’re hoping is that we get all candidates to disavow single-candidate super PAC help,” she said. Most of the 2020 Democratic candidates say they will refuse that money as well, and at least six have promised not to accept money from any PACs in 2020.

But even with all the disavowing, rejecting and refusing, companies will still have plenty of ways to influence the 2020 campaign. Businesses often sponsor the party conventions, executives and staff can donate on an individual basis and corporate PACs can donate to political parties, which then offer support to candidates.

And that’s the money tracked by the Federal Election Commission and visible to the public. So-called “dark money” is sure to play a big role in 2020, as well. And we’ll have little or no information about the source of those funds.