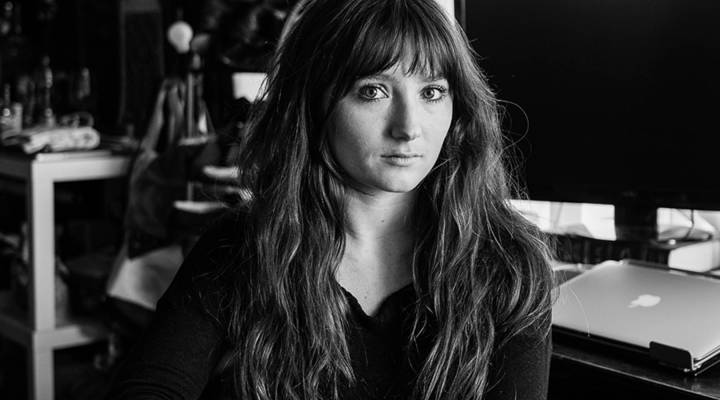 Jessica Perelman, one of more than 500 participants in our "How We Changed" series.  Bear Guerra/Marketplace
Divided Decade

Jessica Perelman, one of more than 500 participants in our "How We Changed" series.  Bear Guerra/Marketplace

Ten years ago, the economy broke, and today America is a much different place. For the past year, Marketplace has been collecting stories about how the financial crisis changed you. Below is the first installment in a two-part series detailing your stories. Click here to check out the second installment.

We received more than 500 submissions representing all 50 states and seven different countries.

Here’s what you told us …

It made personal struggles financial

For people already struggling with the most pressing challenges of life — divorces, deaths, addictions, health issues, changing careers, coming out to family and friends — the bottom dropping out of the economy was like a one-two punch. Stress over personal issues was suddenly compounded by stress over financial ones. The weight of the crisis’ impact on people had a lot to do with timing — not just age or career level, but the circumstances of their lives when it hit.

As a financial planner, Jason Friedman thought he had accounted for everything. He bought a house in Toluca Lake, California, in 2007 that he and his wife could afford even if the market took a turn.

But what he didn’t count on was getting divorced a year later.

Gia Drew of Kennebunkport, Maine, had just told her wife she planned to transition to a transgender woman when the crisis hit. The couple split up, but when both their paychecks took a hit, they decided to share a house again.

Drew: Soon after I got divorced, we decided to become domestic partners. Which is, like, totally backwards, but we did that. And so she moved back in with the idea that we would sort of cohabitate because financially that was the only future we could see.

Vinay Kapoor worked at Bear Stearns when the investment bank collapsed. What complicated matters more was that it happened the same day his wife gave birth to their first child.

“My son was born on March 13 around 6:45 p.m. The reason I know the time is because as soon as my baby was born, my phone started to ring, and I hadn’t shared the news with anybody. When I started replying back, they were not congratulating me. They were asking if I was OK, and if everything is fine. They asked me to turn the TV on because that was when Bear Stearns declared bankruptcy, and it was all over the news.”

Suddenly Kapoor had a newborn, no health insurance and was without a sponsor for his visa.

It forced us to make tough choices

Many people told us that the financial crisis forced them to assess what was most important in their lives.

Chany Ockert, of Bigfork, Montana, for example, was 30 years old and had just started a consulting business when the crisis hit. In order to save it, she picked up a second job as a hotel clerk and cut her biggest expense — her health care. While she was uninsured she found a lump in her neck, but figured it was nothing and was afraid out-of-pocket costs for an examination would sink her. When the economy finally turned around and her business got back on track, she renewed her coverage and got checked out immediately, only to discover that the lump was cancer.

“If I would have caught it within that first month, it would have been a simple radiation treatment. Instead, because we didn’t catch it until it was almost stage 4, I had to go through six months of chemo.”

Jane Blumer of Lakewood, Colorado, wrote in about a tough choice she and her husband had to make after her work dried up and he lost his job in the crisis’ wake.

Blumer: Having two boys who were active in sports, we knew we had to keep our health insurance through COBRA. We had a house payment, a car payment and health insurance that was more than the two of those combined. Fortunately we had been saving for college, because that is what we lived on … for the next nine months.

It made us more careful and more afraid

The most common word out of all the submissions we received was “uncertain.” Many people told us the crisis made them more reserved. Some said that was a good thing — they’d become better at budgeting, saving and planning.

Courtney Umphlett of Jackson County, North Carolina: Becoming an adult during such scary financial times has made me take calculated risks instead of just jumping into something without thinking. I want to make sure anything I put my money into is successful. Being a product of the recession has made me a realist and a rational thinker. But it didn’t steal my determination.

But others worried that fears derived from the crisis kept them from pursuing opportunities that could be more financially beneficial or fulfilling down the road.

@frankenshaun: Ten years after the financial crisis, my economy feels safe and comfortable, but change is scary to me. Still at the same company since 2005, my role and career have grown but I’m afraid to leave because what if I end up at one of those companies that folds? Divorce has left me un-optimistic [sic] that I could have a happy marriage. And finally getting the opportunity to buy a single-family home scares me to think I could make another bad investment. I know that if I don’t take a leap, I’ll never know if change can work out. And I may never see that future I once dreamed about. After going through the mishaps, I must be wise enough to make better decisions. So I’m slowly starting to find that eager, wide-eyed college grad I was before everything changed.

Jessica Perelman falls somewhere in between. She watched her parents lose their home to foreclosure when she was a teenager and says the experience shaped her mentality and her choices, and she’s not sure whether that’s good or bad.

“I feel like no matter where I get professionally or how much I’m making, I’m always going to live at the bare minimum because that just feels safe.”

It made us smarter

While the crisis made many people feel vulnerable and helpless, it emboldened others to learn more about the economy and be better prepared to face a potential future downturn.

We heard from a mother named Laryn Lee who said the failure of IndyMac, the bank the family used in California, inspired her then-fifth-grade daughter to dive into economics textbooks on her own.

Laryn Lee’s daughter went on to study economics in college and hopes to change the system as “the next Janet Yellen.”

We also heard from an opera singer who was inspired to make a dramatic change because of the crisis.

Ben Henry-Morela of Omaha, Nebraska: I didn’t have much interest in finance or the economy when I was growing up, but the financial crisis made me take an interest in how some arcane financial decisions made by banks I’d never heard of on the other side of the country had turned into a seismic event that affected my friends, family and neighbors. After 2008, I was financially woke. I devoured books and podcasts on behavioral finance and the way that people’s thinking can sabotage their decisions on planning for the future. Eventually I was inspired to change careers and I became a financial planner.

It changed our families

A lot of people blamed failed relationships on financial stress brought on by the crisis. We heard dozens of stories about divorces and breakups, and even some who stayed together were worried about the toll.

@radeeka_lou: My husband and I started our own business in 2006 with two small kids. When the crash happened, we were still considered ‘too new’ to get a small business loan. We ended up having to file bankruptcy and [the bank] foreclosed on our home. The crash affected the trajectory of our lives, and more importantly, our children’s lives. I still feel their childhood would have been much happier had we decided not to start our own business. My mental health suffered and our marriage suffered. It’s still hard to think about it all.

Several couples told us they have been more careful in their family planning, choosing to have kids later or not at all. One woman said the financial crisis was the reason her children were eight years apart in age.

One of the most heartbreaking stories of family impact came from Cristi Frazier in Chicago. She said her sister, Elizabeth, had just kicked a drug addiction and gotten back on the right path when the crisis hit. She lost her job, relapsed and eventually died from an overdose. After her death, the family found a prayer book she kept.

“All of her prayers were about money. Money to pay for this, money to pay that debt off — the last thing was money to help other people,” Cristi Frazier left, on her sister, Elizabeth.

But some said the crisis drew them closer to their loved ones.

Michael Uphoff of Los Angeles said after the crisis cut the value of his father’s home in half, they began talking in a new way.

Uphoff: We definitely started to have more adult conversations. He became more of a mentor. He started to respect my opinions more, and we became best friends.

Dusty Meil, of Austin, Texas, shared a similar sentiment. She said her family lost everything, but it made them stronger.

Meil: Honestly, it probably brought our family back together. When God humbles you, you kind of learn it’s not all about money. Ten years ago it was about money, now it’s about peace and more about my Christianity.